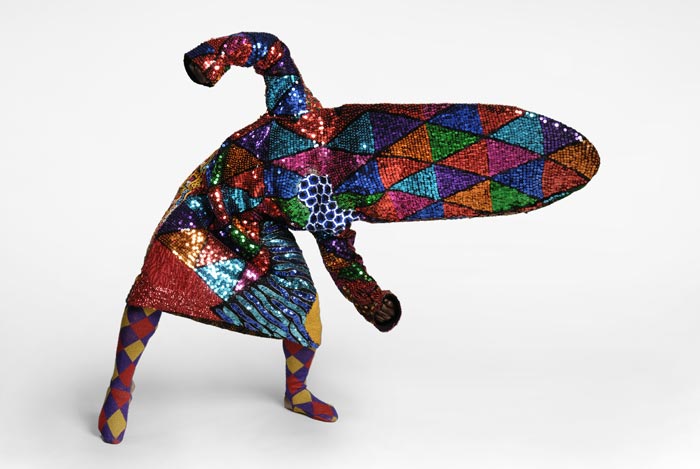 Nick Cave is an artist, educator and foremost a messenger, working between the visual and performing arts through a wide range of mediums including sculpture, installation, video, sound and performance. 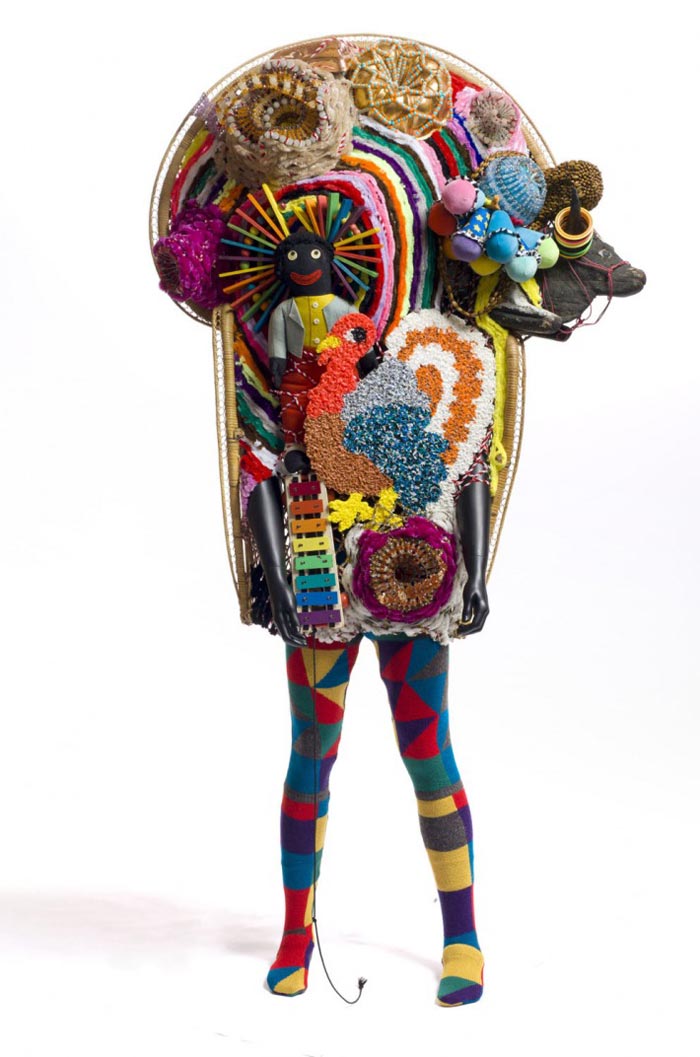 He says of himself, “I have found my middle and now am working toward what I am leaving behind.” Cave is well known for his Soundsuits, sculptural forms based on the scale of his body. Soundsuits camouflage the body, masking and creating a second skin that conceals race, gender and class, forcing the viewer to look without judgment. 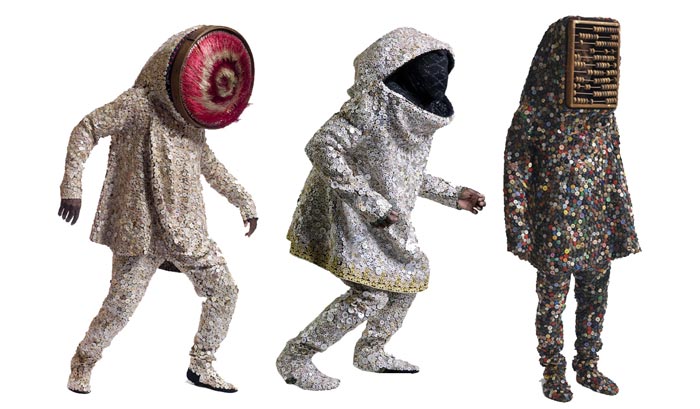 Cave’s first Soundsuit was made of twigs. Other typical materials include dyed human hair, sisal, plastic buttons, beads, sequins, and feathers. The finished pieces bear some resemblance to African ceremonial costumes and masks. His suits are presented for public viewing as static sculptures, but also through live performance, video and photographs. 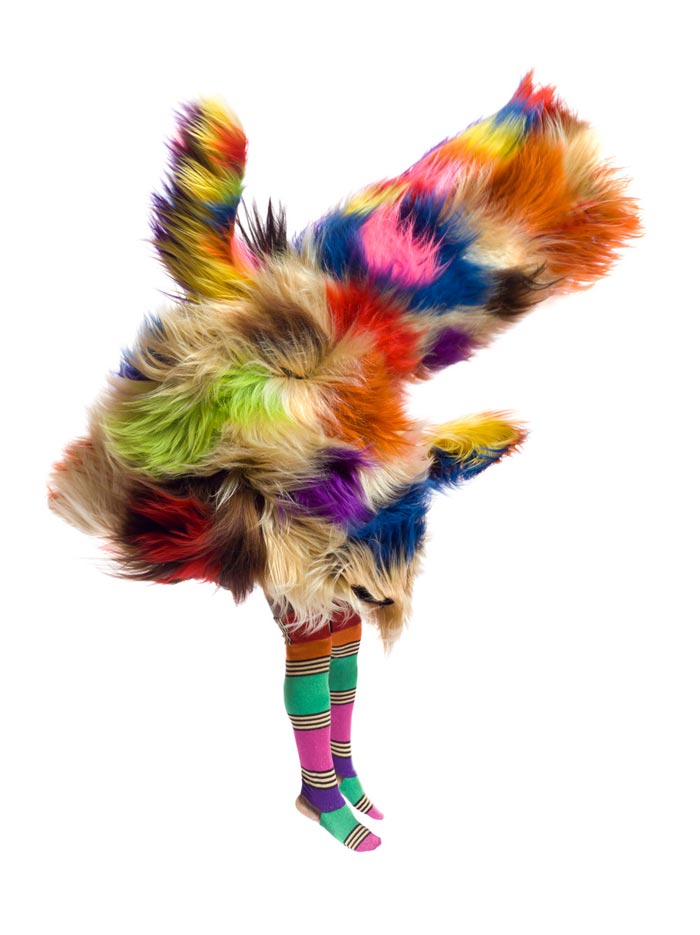 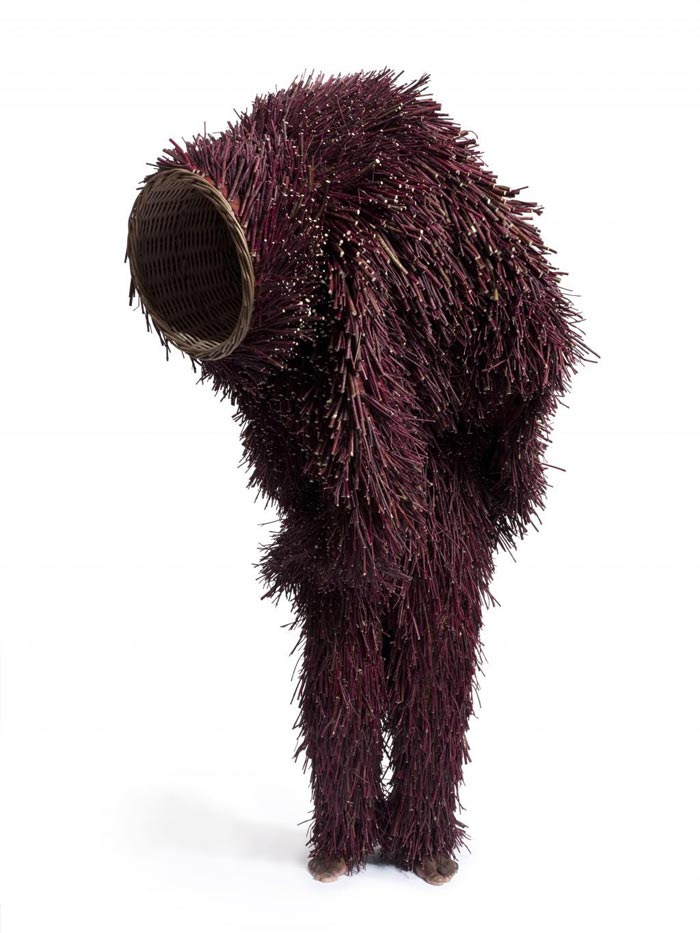 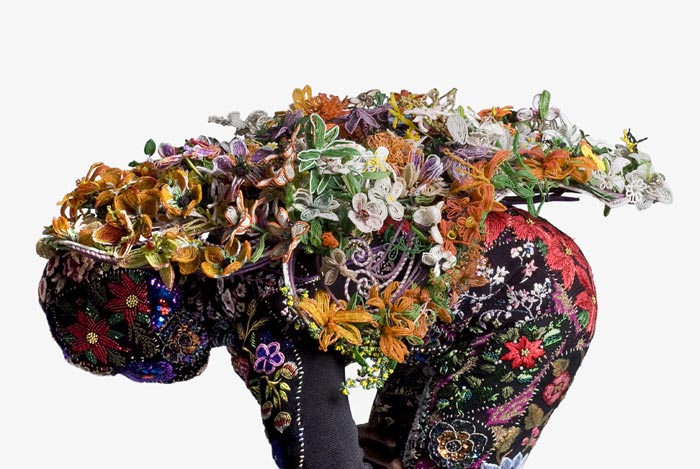