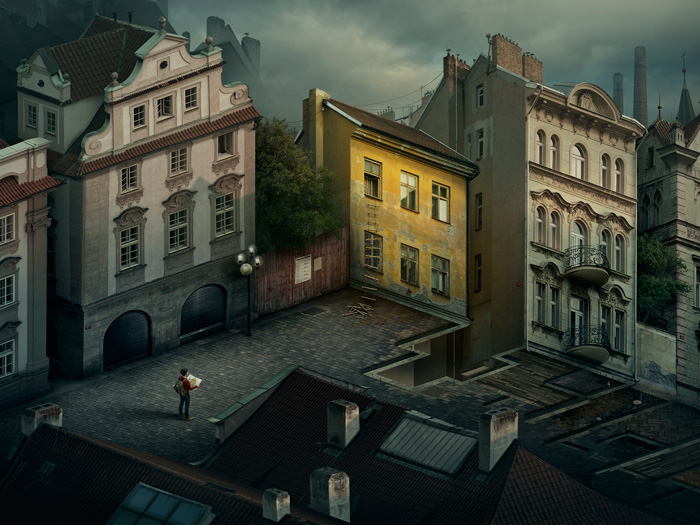 Erik Johansson is a photographer and artist from Sweden based in Prague, Czech Republic. His work can be described as surreal scenes created by combining different photographs. In contrast to traditional photography he doesn’t capture moments, he captures ideas with the help of his camera and imagination. 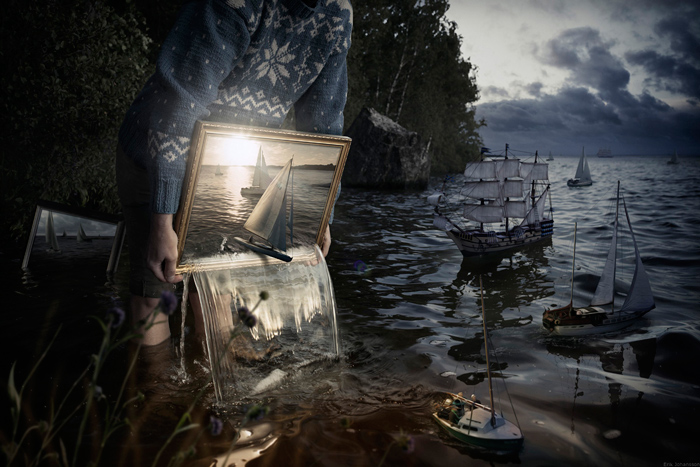 The goal is to make it look as realistic as possible even if the scene itself contains impossible elements. In the end it all comes down to problem solving, finding a way to capture the impossible. 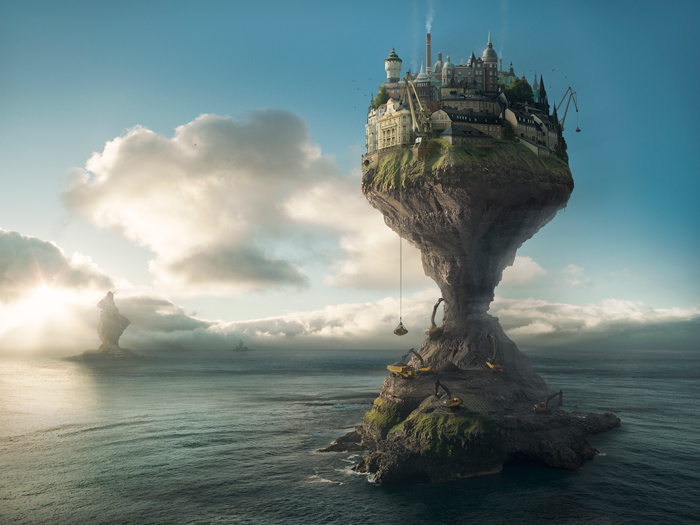 To Erik Johansson it’s always important with a high level of realism in his work. He want’s the viewer to feel like they are part of the scene, to relate to it. Although his work consists of a lot of work in post-production and combining photogaphs he always tries to capture as much as possible in camera. “No one can tell you that it doesn’t look realistic if you actually captured it for real”, he said. 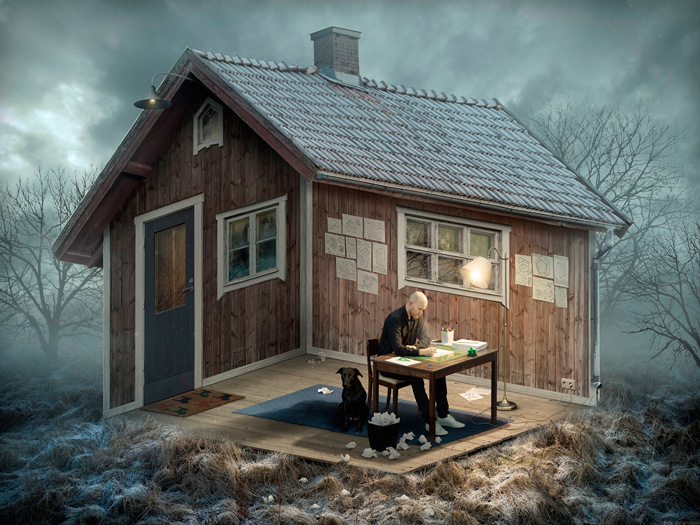 Light and perspective are crucial parts when combining images in a realistic way and if some parts are not possible to shoot on location, a similar scene has to be built up in a controlled environment. Having an understanding of both photography and post production is very important to make everything come together seamlessly. Every photograph and part has its purpose. 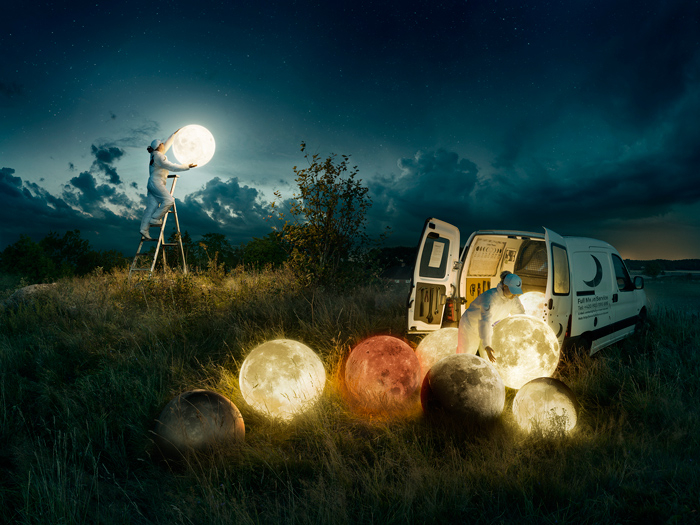 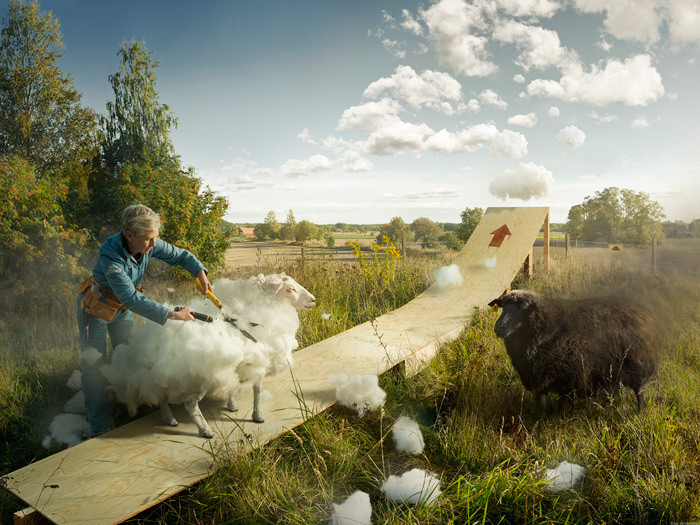 There are no computer generated-, illustrated- or stock photos in Erik’s personal work, just complex combinations of his own photographs. It’s a long process and he only creates 6-8 new images a year (excluding commissioned work). 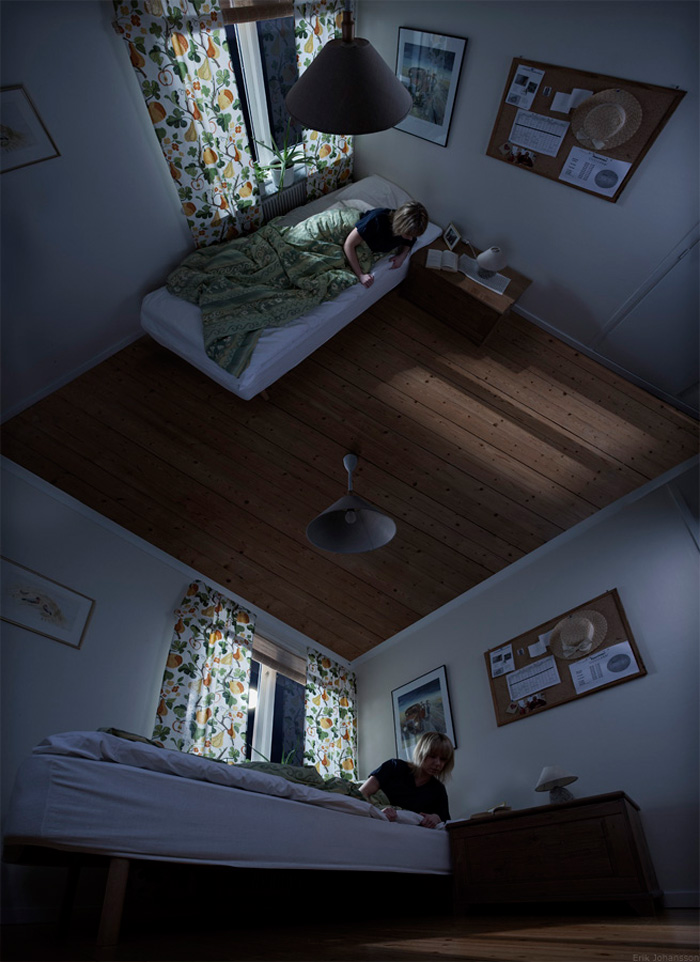 Image 01: Under the Corner, 2017, image courtesy of Erik Johansson