LIGHT ON: David Orr at The Mütter Museum 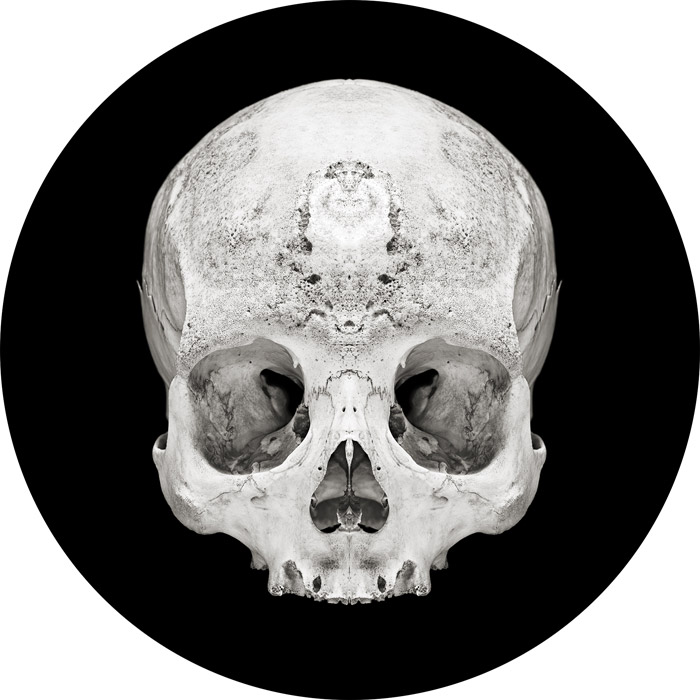 Perfect Vessels, a new exhibition of 22 photographs by Los Angeles-based artist David Orr, will be on view at The Mütter Museum through January 5, 2017. Completed between 2014 and 2016, the work is inspired and in response to the preeminent museum of medical history’s collection of human skulls. 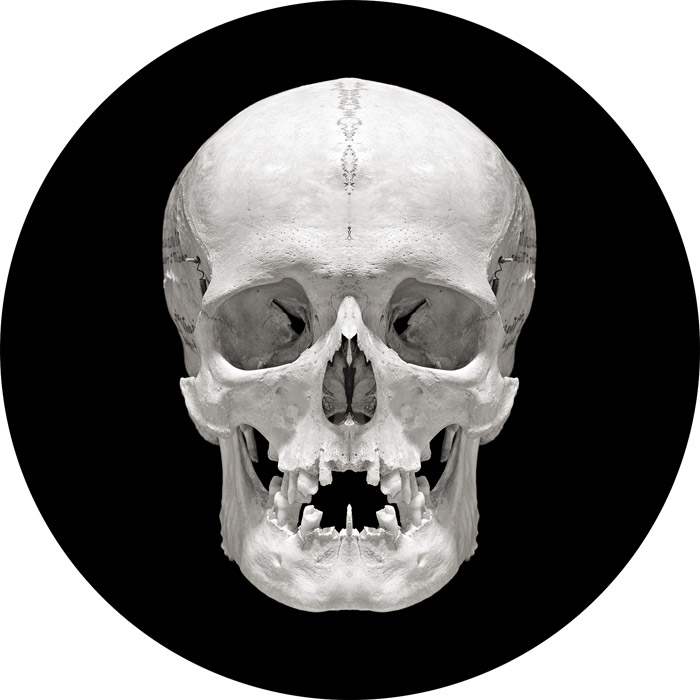 In Perfect Vessels, Orr explores aesthetic and cultural ideals of perfection and symmetry. By photographing individual skulls head-on, then mirroring one side, he creates a perfectly balanced memento mori. 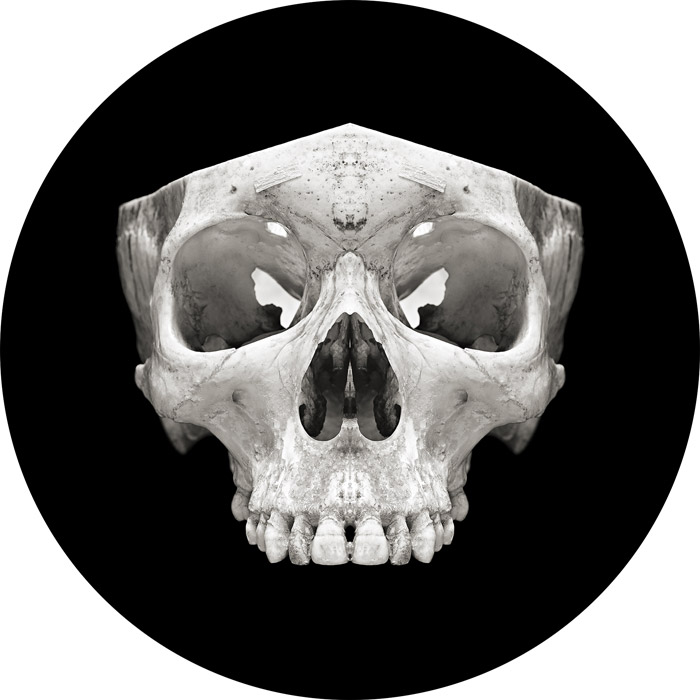 Each skull has a unique surface texture, which, after Orr’s transformation, forms areas of abstraction, like Rorschach’s images. Evocative shapes are often located in areas (including the “third eye” and the “aperture of Brahman” at the top of the head) considered auspicious pathways to higher consciousness throughout centuries of Eastern thought. The works, dye-infused into highly reflective aluminum discs, are as much objects as photographs. 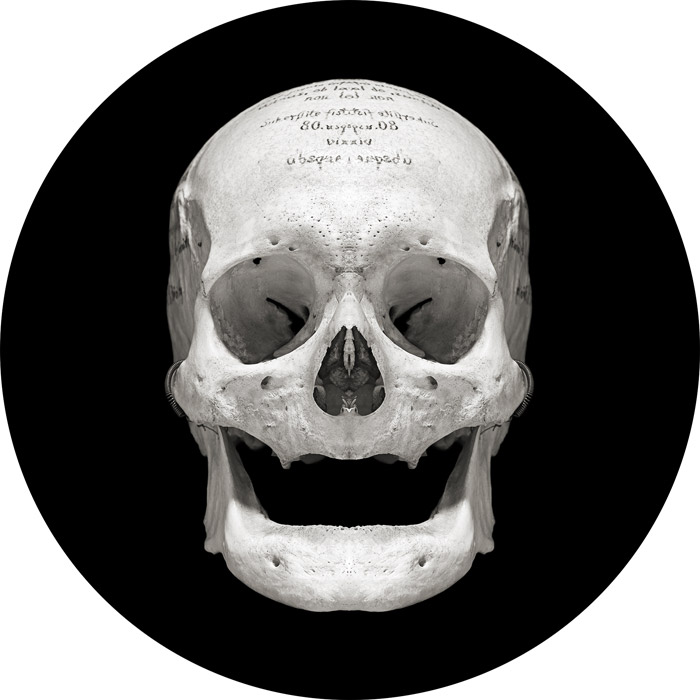 “As human beings we find symmetry pleasing because we are, ourselves, symmetrical, though not perfectly so,” says Orr. “Studies show that we perceive more symmetrical faces as more attractive, and examples of symmetry abound in art, architecture and design. The word vessel has many meanings. It can mean a container, a craft one travels in, a conduit through which powerful energy manifests itself, a utilitarian form that can be admired both as artifact and art.” 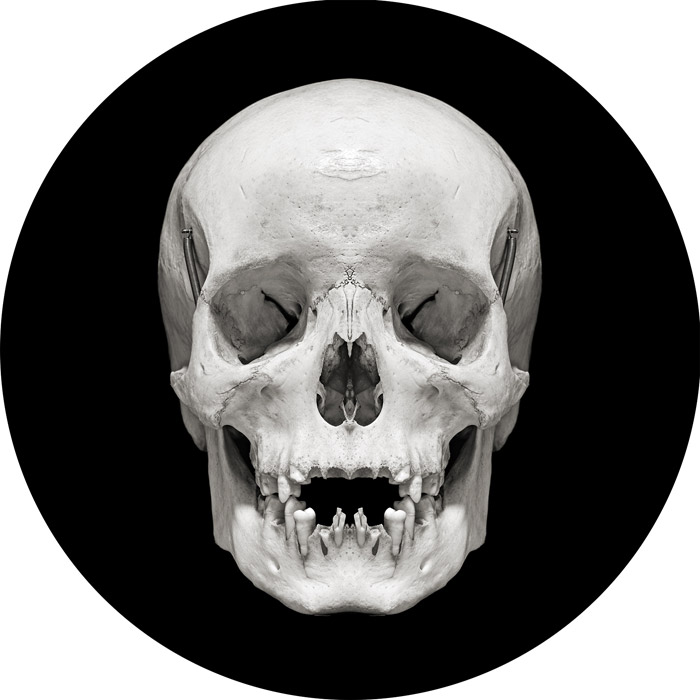 “Orr’s images of skulls draw viewers inside as if they were exploring a cave and finding strange formations and compelling passages,” says Robert D. Hicks, PhD, Director of The Mütter Museum and Historical Medical Library. “He has created an extraordinary new way to look at our bodies.” Perfect Vessels will be on view in the Thomson Gallery at The Mütter Museum  through January 5, 2017. 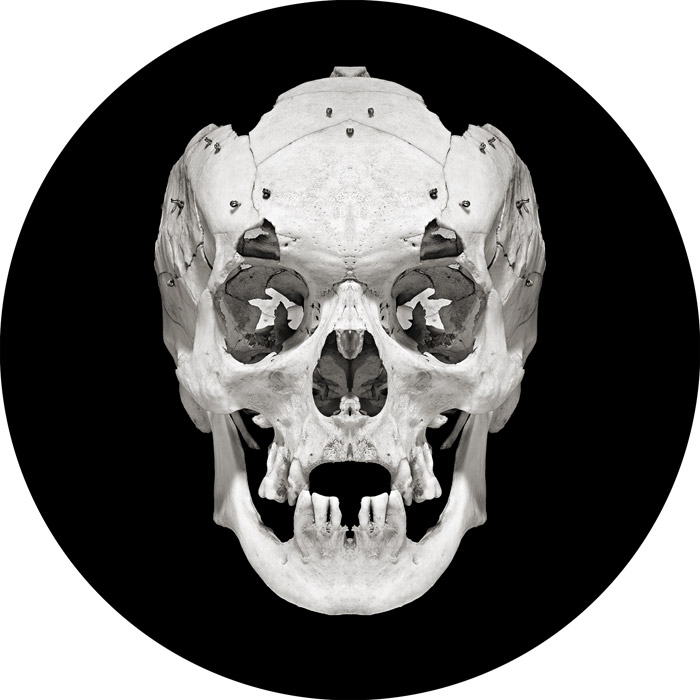