One hundred years have passed from the foundation of the Bauhaus.

A time frame so short that it can be achieved by a man’s life. But it’s enough time to allow this strange German school to have a profound cultural influence in the world of Art, Architecture and Design.

Many events are expected to celebrate this anniversary in 2019.

The centenary gives us the opportunity also to review the history of this institute, which was a real reference point for the cultural evolution of the first half of the XX Century.

And that perhaps, due to a sort of compensation, has reached its great fame right after its premature closure. 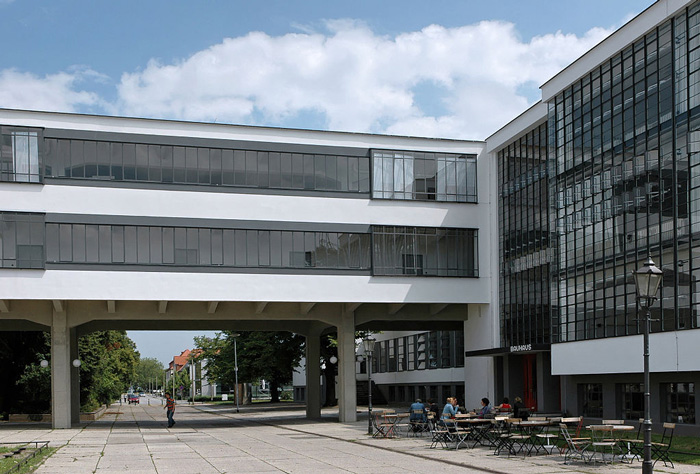 Bauhaus: 100 years from the foundation – The cultural premise: the Industrial Revolution

The cultural starting point for this school, founded in 1919, derives directly from the Industrial Revolution.

It was indeed a century and a half that this technological revolution was changing the European productive mentality.

Before then, for millennia, Art and Craft had been closely connected. Since any object had to be handmade, every artisan-artist added something unique, a particular form, a decoration.

But as soon as mass production was technically possible, things changed drastically: it had become possible to produce a huge number of “equal” objects.

The design of any component of human life, “from the spoon to the city“, as Ernesto Nathan Rogers later said, assumed a new importance at the time.

A single project could in fact be repeated an infinite number of times. More the Industrial Revolution took hold, and the greater this “possibility” became a “necessity” capable of reducing production costs.

Bauhaus: 100 years from the foundation – The first reactions of the world

In the United Kingdom, home of the “machine” and the “factory“, there was the first counter-revolution attempt. William Morris founded the Arts and Crafts movement with the aim of bringing production back from industrial to artisan. Art and good taste had to distinguish the craft product from the industrial, ugly and banal.

The attempt turned out to be a failure, mainly due to the high production costs, no longer competitive with industrial production.

In Germany, however, the direct predecessor of the Bauhaus was the Deutscher Werkbund, an association of artisans founded in Munich in 1907.

The Deutscher Werkbund did not oppose the industrial revolution, but it complied with it. The purpose of the association was to put the craftsman, the artist and the industrialist in communication, to create projects that would combine a high level bill with time, cost and methods of industrial production.

The projects had to be beautiful but also economically and technically advantageous.

To guarantee a future for this new way of understanding production, it was necessary to create a school that would form new designers: the Bauhaus. 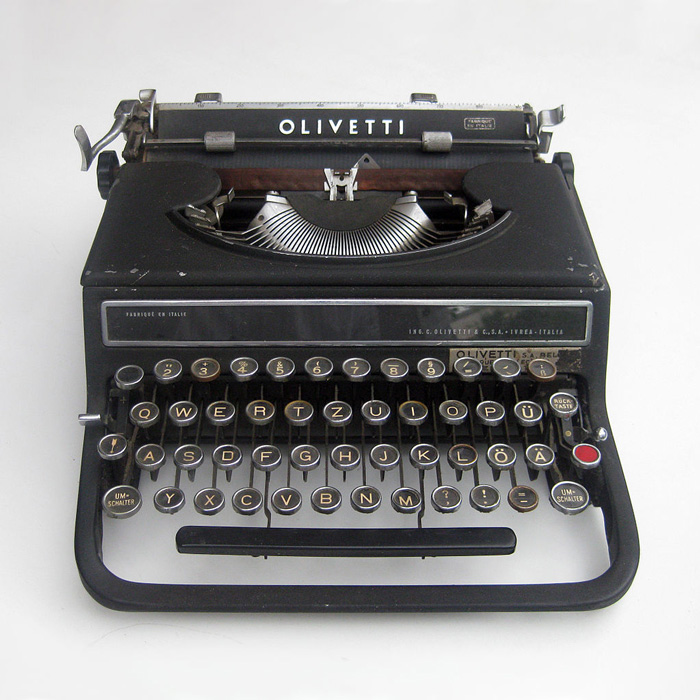 Bauhaus: 100 years from the foundation – The history

In 1919 there was an opportunity to restructure the Weimar Applied Arts School. The moment that Walter Gropius was waiting for.

At that time, Gropius was a 36-year-old architect who had been working in Peter Behrens‘s studio in Berlin. Behrens had been a staunch supporter of the Arts and Crafts movement. But he too had tried to reinterpret Morris’s approach in a more “rational” way. It was necessary to provide projects both aesthetically and economically valid.

Already a consultant to the AEG electronics company as a designer, Berens’ architectural masterpiece was the company’s new factory in Berlin in 1908.

A sober and rational project, simple and efficient, that opened a new road to architecture.

A project that soon aroused the attention and admiration, above all, of the collaborators of Berens: Le Corbusier, Mies van der Rohe and, indeed, Walter Gropius.

So in April 1919, in Weimar, the Bauhaus was founded. A new school that took the place of the former Higher Institute of Fine Arts and the former School of Applied Arts of the Grand Duchy of Saxony.

The importance of the school was immediately exceptional.

In his (troubled) 16 years of life, the Bauhaus was directed by personalities like Gropius, Hennes Meyer and Ludwig Mies van der Rohe.

There were many different positions of thought, of course, but for that the institution’s environment was culturally rich and varied.

Anyway, in those so intense years, unexpected and problems were always lurking.

Due to a change in political positions in the city, the Weimar institute was closed in 1925.
The Bauhaus then moved to Dessau, in a new, iconic and very famous building designed by Gropius.

Even in Dessau, however, the first problems arrived. As early as 1930, with the growth of the Nazi movement in Germany, it began to consider this school as innovative and culturally open as a problem.

The school was accused  of hosting and propagating communist ideas, and on 12 April 1932 the city council of Dessau expressed itself for the closure of the school.

Mies van der Rohe, then director of the Bauhaus, decided to transfer the institute to Berlin. But in 1935, given the growing economic problems, as well as the growing opposition of the Nazis, the Bauhaus closed definitively.

For many artists, for the architects and intellectuals who gravitated around the school, including Mies van der Rohe himself, there was no other option than to leave Germany and emigrate abroad, mainly to the United States.

Bauhaus: 100 years from the foundation – The cultural heritage

The short and troubled adventure of the Bauhaus has had a very important cultural importance.

The birth of the International Style in architecture and in industrial design would not have been possible without the personalities gathered in the Bauhaus.

Architecture and design with a “rational” imprint, ranging from Marcel Breuer’s Wassily Chair to Mies’ Seagram Building, derive directly from the experience gained in the Bauhaus.

A way of doing architecture and industrial design that soon spread throughout the world.

The architectures of the White City of Tel Aviv, perhaps less known to the public, were designed by Jewish architects who had studied at the Bauhaus and who emigrated to what would become the state of Israel.

Bauhaus: 100 years from the foundation – Events

To celebrate the first 100 years of the Bauhaus worthily, the Akademie der Künste in Berlin has organized a great festival.

From January 16th to 24th the artistic director of the festival, Bettina Wagner-Bergelt, has invited artists from all over the world to revive the spirit of the institute.

From August 31st to September 8th there will be “The Bauhaus Week“, also in Berlin, which will revive the spirit of the Bauhaus on the streets of the city, together with the opening of the exhibition “Original Bauhaus” at the Berlinische Galerie.

For three weekends between September and December, the Triennale Der Moderne will bring the culture of the school back to the three symbolic cities of the Bauhaus. From 26 to 29 September in Weimar, from 4 to 6 October in Dessau and from 11 to 13 November in Berlin.

There will also be a focus on the city of Tel Aviv, which for the number of projects in the “Bauhaus style“, make it a sort of living example of the teaching of the German institute.

This and much more is scheduled. Everything to celebrate, celebrate and above all not to forget a part still alive and current of the cultural history of the twentieth century.