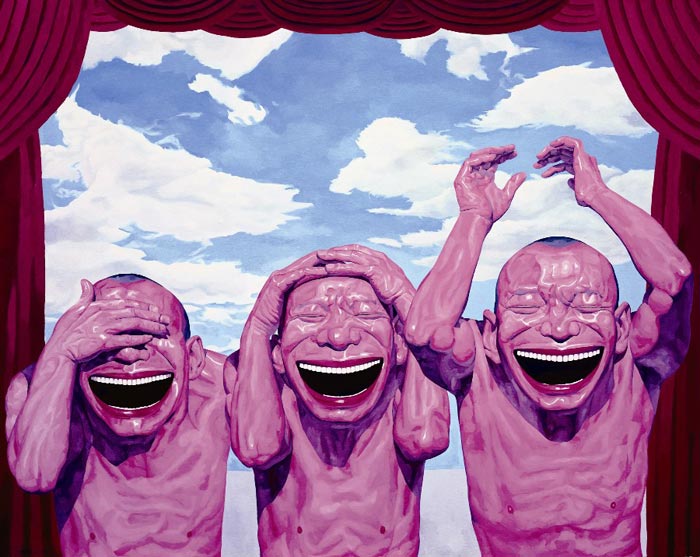 Immediately humorous and sympathetic, Yue Minjun’s paintings offer a light-hearted approach to philosophical enquiry and contemplation of existence. Yue’s self-portraits have been describe by theorist Li Xianting as “a self-ironic response to the spiritual vacuum and folly of modern-day China.” 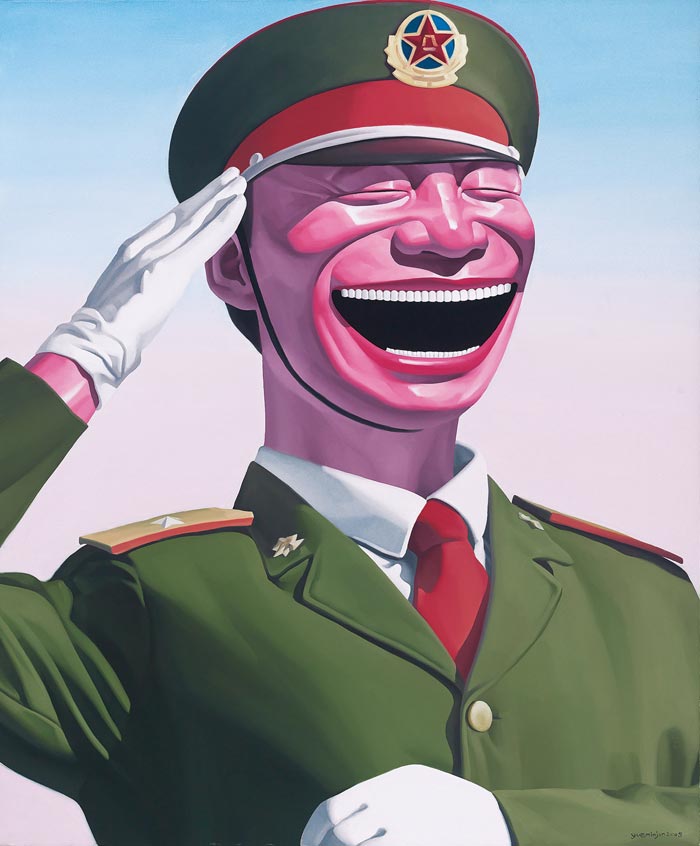 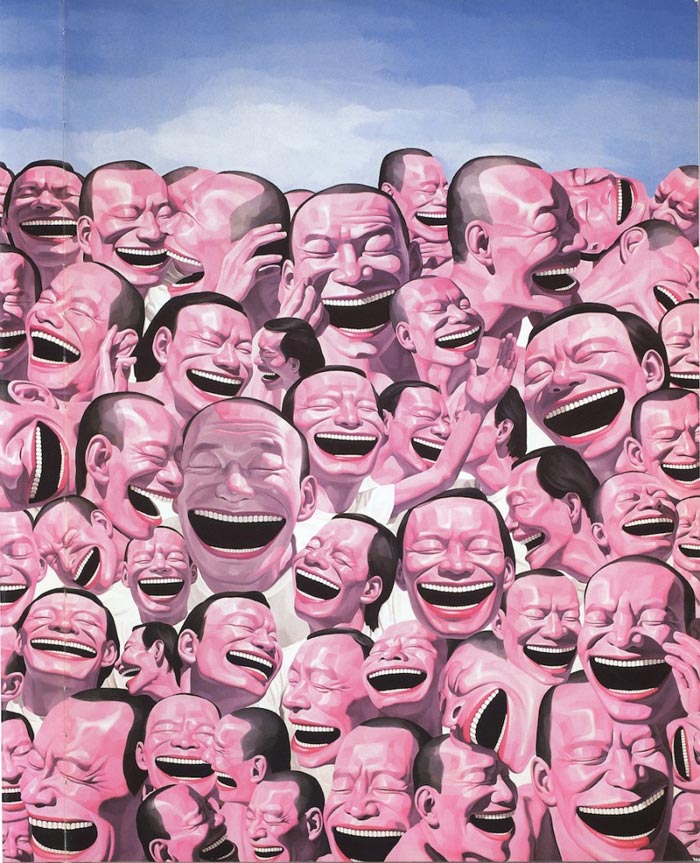 Using both the exaggerated expressiveness of cartooning and the stylistic rendering of graphic illustration, Yue depicts his cloned doppelgangers as contorted and grotesque, all scalded pink skin and maniacal toothy cackles. 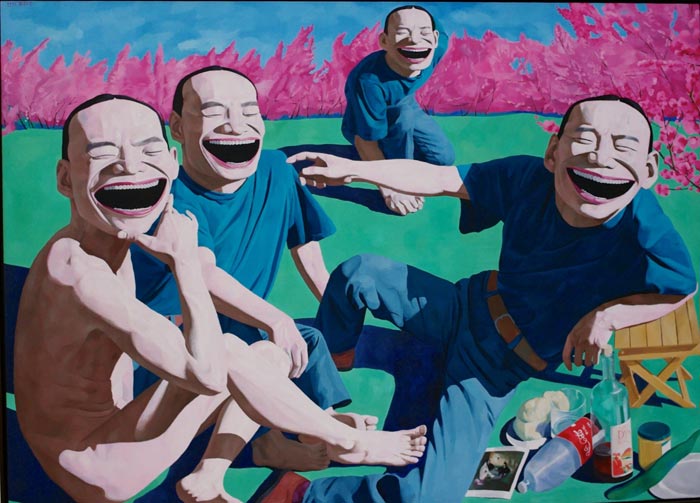 The acidic tones and commercialised vacuity of his works are used to underscore the insincerity of his figures’ mirth. As both antagonists and anti-heroes, Yue’s hysterical cohorts equally bully the viewer and stand as subjects of ridicule. 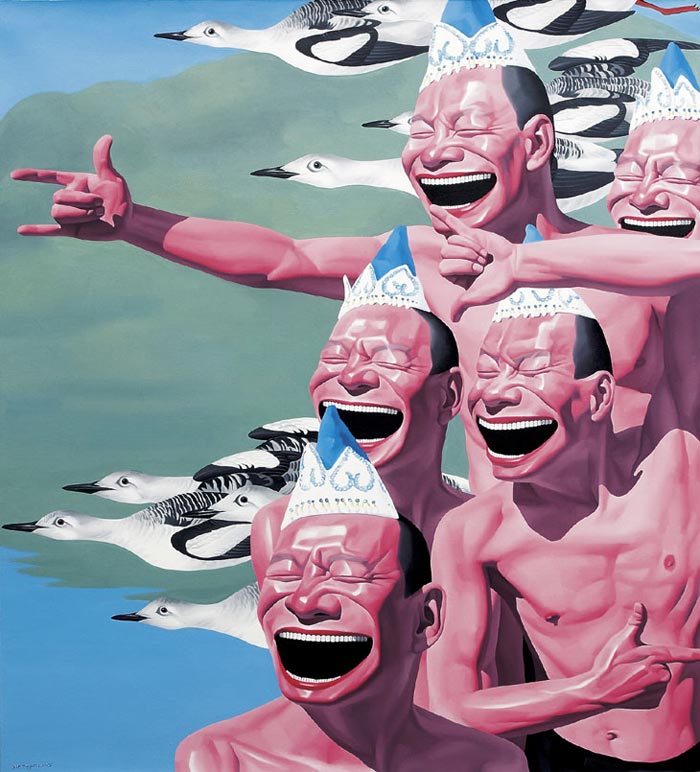 Using laughter as a denotation of violence and vulnerability, Yue’s paintings balance a zeitgeist of modern day anxiety with an Eastern philosophical ethos, positing the response to the true nature of reality as an endless cynical guffaw. 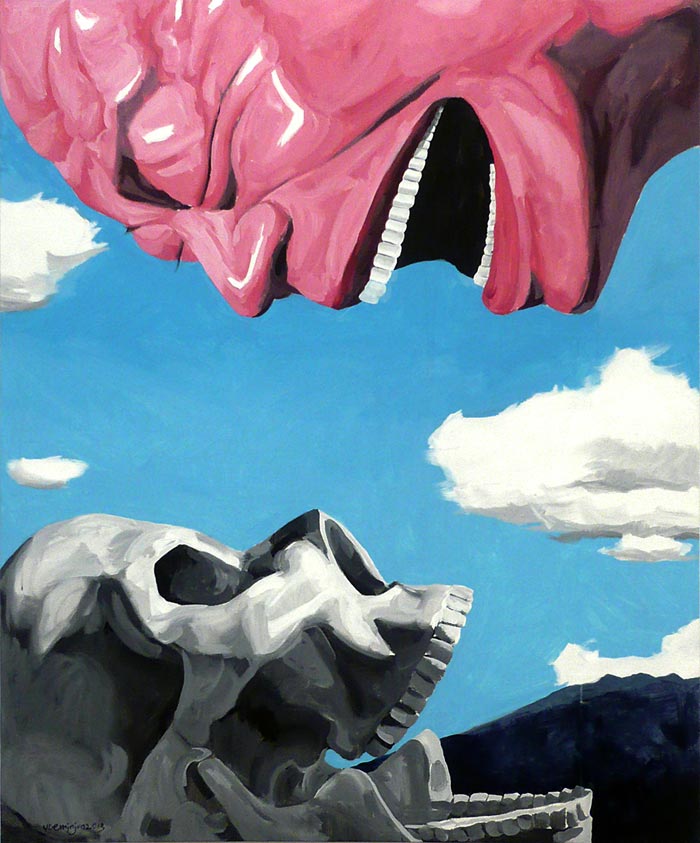 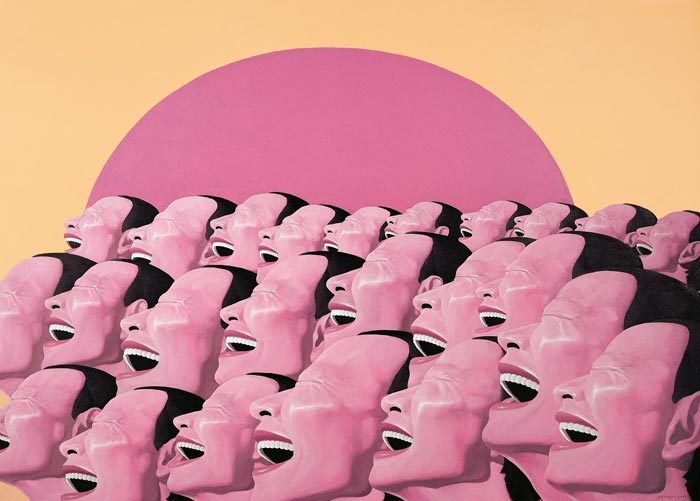 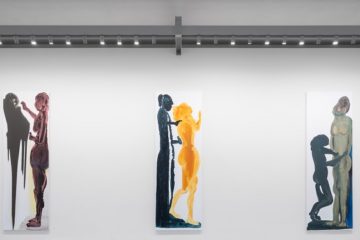 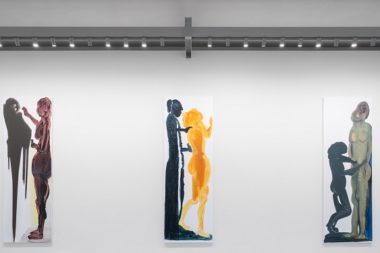