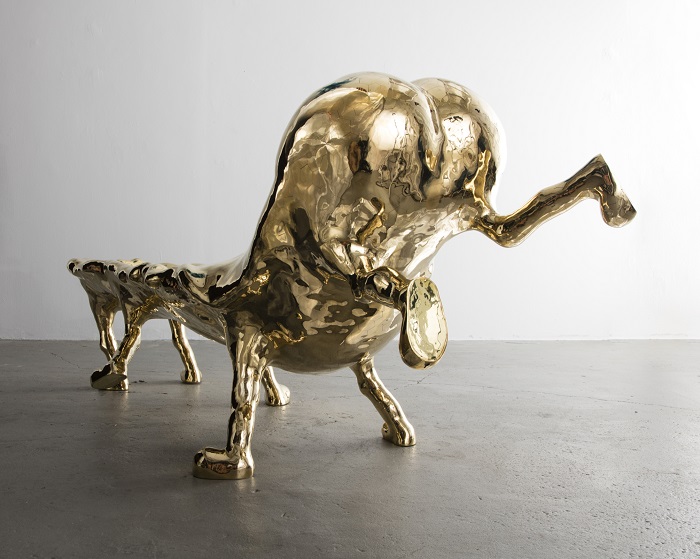 UTA Artist Space is pleased to announce “Haas Angeles“, the first exhibition in Los Angeles by multi-faceted sculptors, designers, craftsmen, and artists The Haas Brothers. Their internationally renowned work defies strict categorization, as do the fraternal twins themselves, disrupting both the design and art world with their playful and provocative biomorphic crea-tions. The exhibition opens on September 9, 2017, in celebration of the one year anniversary of UTA Artist Space. 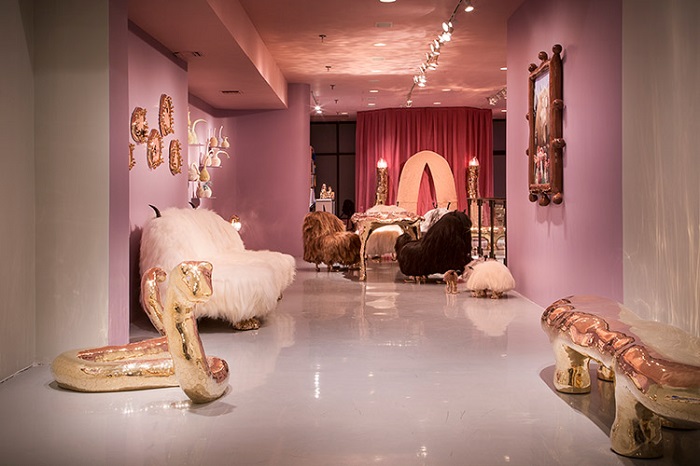 “Haas Angeles” is the brothers’ largest exhibition to date and functions as the first survey of their work. It traces their shared preoccupation with sexuality to a thematic interest in color theory and psychedelia, and highlights their longstanding reputation as craftsmen with a flair for mastering unusual materials, from brass, bronze, porcelain, buffalo fur, and epoxy clay, to highly technical resins and polyurethane. 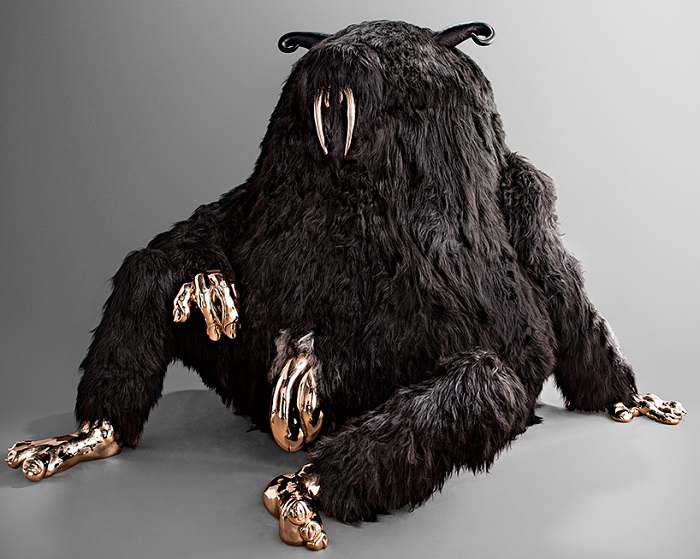 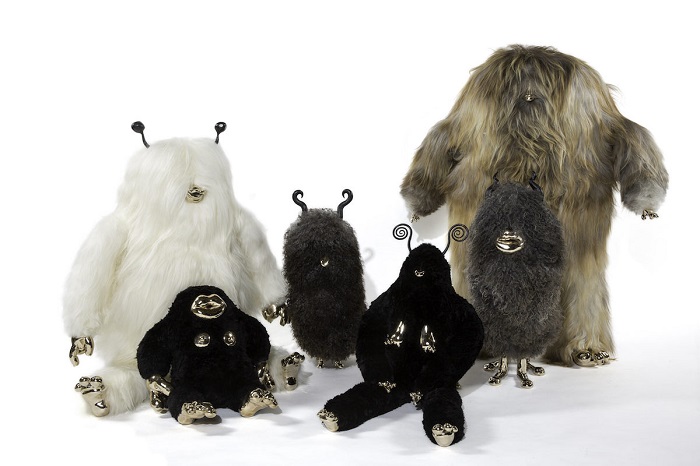 The show will be a Los Angeles homecoming for the twins, and the title is a playful homage to the city of LA, its influence on their work, and its spirit of free-mindedness that allows the Haas Brothers to create their fearless and imaginative art. 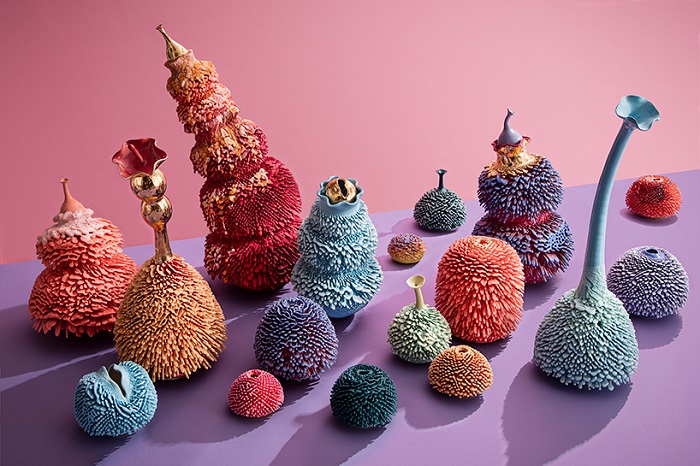 This exhibition presents the breadth of the Haas Brothers career over the past six years including memorable works such as “Advocates for the Sexual Outsider”, the twin’s sex room that stunned De-sign Miami in 2014, as well as “King Dong“, the biggest Beast ever created in their studio. These will be presented alongside new sculptural furniture, 3-D paintings and drawings, and a full set of twenty ceramics that that function as a single artwork sliding down the color scale. 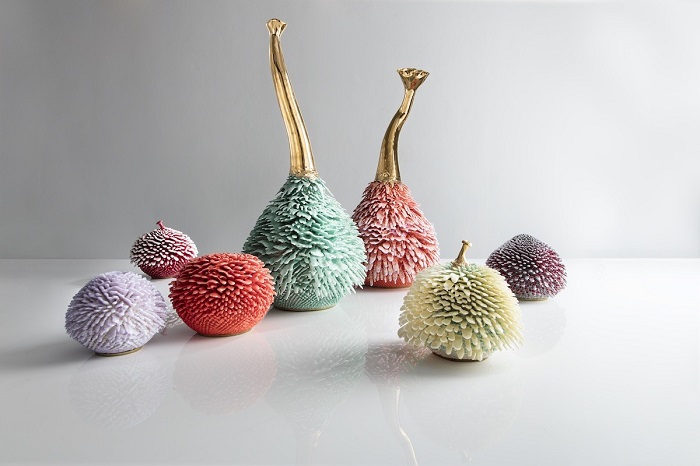 The Haas Brothers will also debut their first video artwork at UTA Artist Space – a psychedelic piece inspired by color theory that mimics the effects of a kaleidoscope. The artists themselves will be present during this uniquely experiential exhibition, running a screen printing pop-up in the gallery for the public during the opening reception, all while surrounded by a hand-painted large-scale mural. 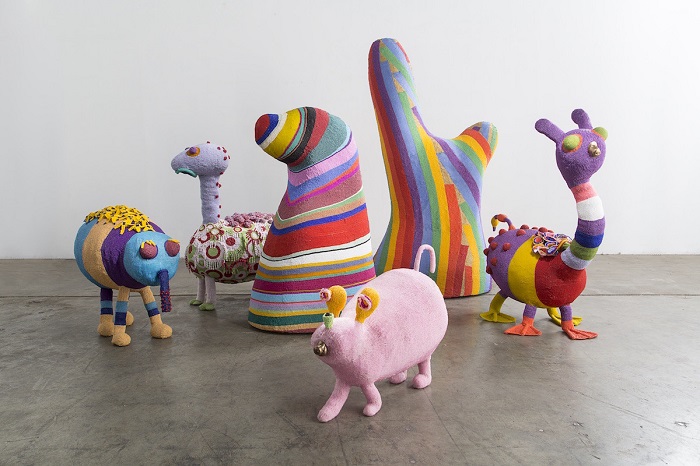 Images courtesy of The Haas Brothers