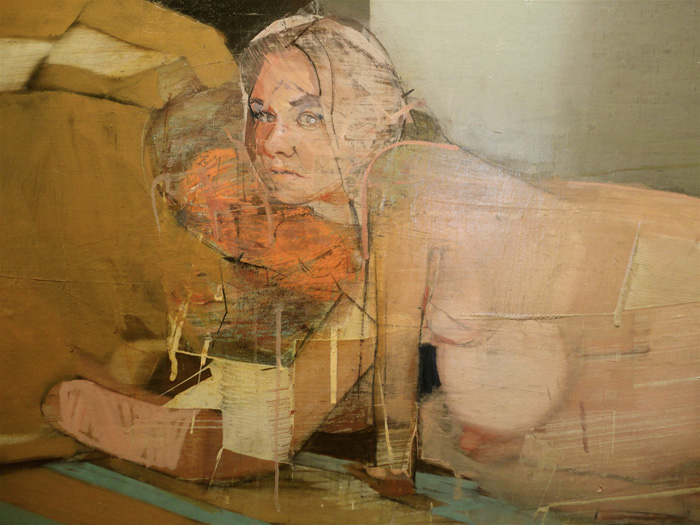 Figurative American painter Karim Hamid’s images are based on the visual dialogue with the classic representation of the female figure and the male gaze throughout art history. Hamid’s work updates the visualization of the idealized female form through the distortion and transformation of the human body. 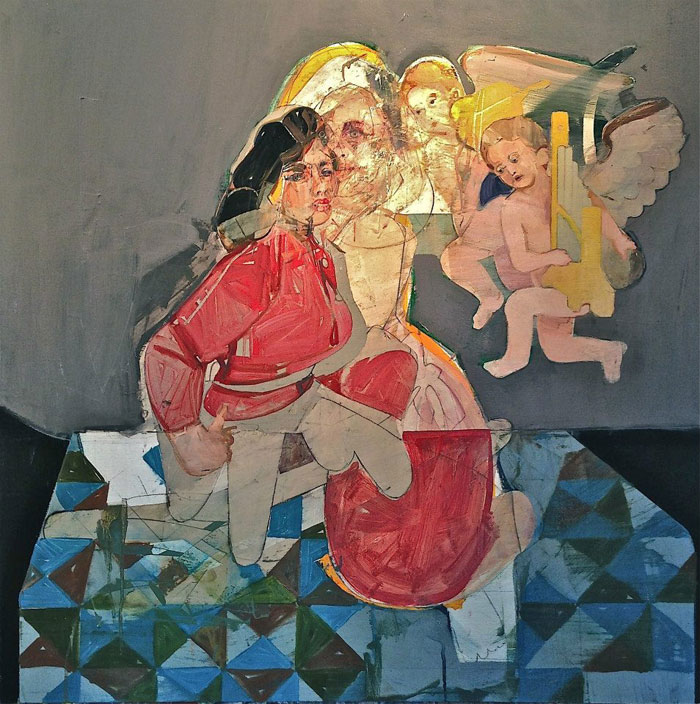 Hamid’s paintings function as a psychic response to an unconvincing onslaught of media superficiality and the pervasive objectification of the female form in art history. The goal of his paintings seems to be to distort and exaggerate this emphasis on an idealized form. 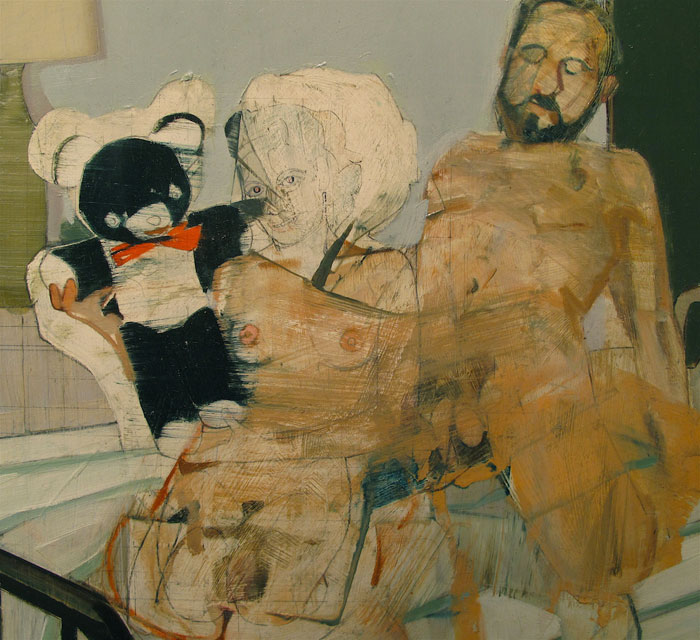 In his paintings he is focused mostly on the psychic condition of the person observed, something not readily available to the conditioned eye. In his portraits, or anonymous found imagery, he expects the same thing – to find something broader in the meaning and composure. 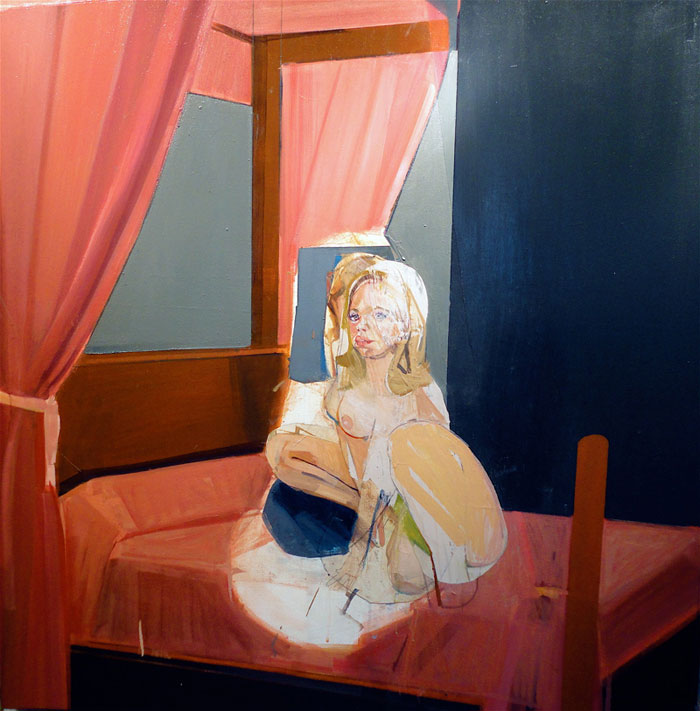 “While the imagery is often distorted or exaggerated in my work, I also expect my work to express itself within its own polemical and painterly distortion of that distortion. It is about the thing/person being observed, as well as the method of being observed.” 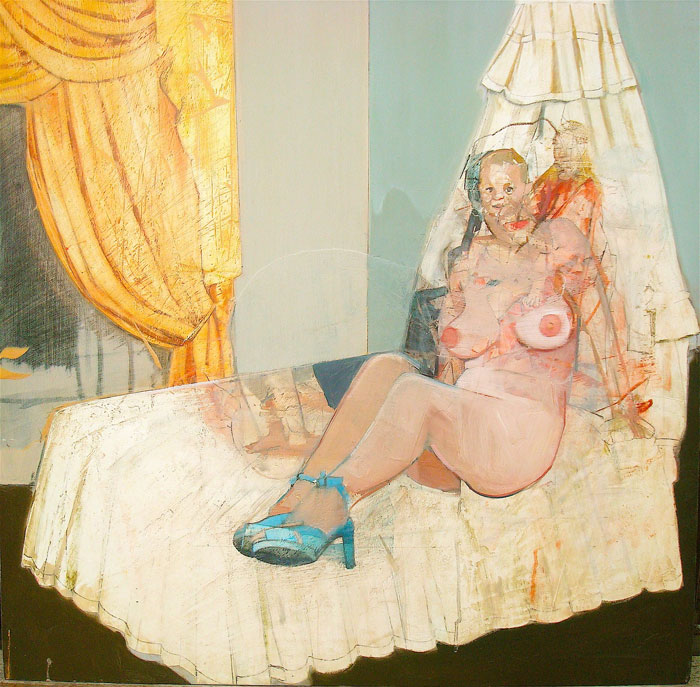