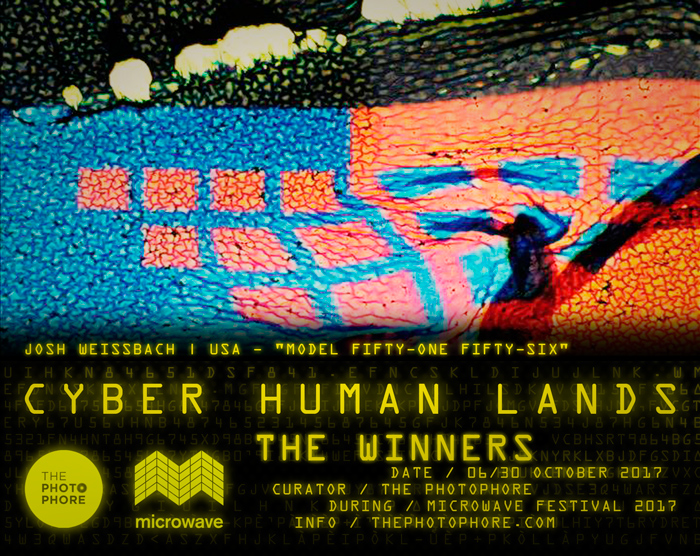 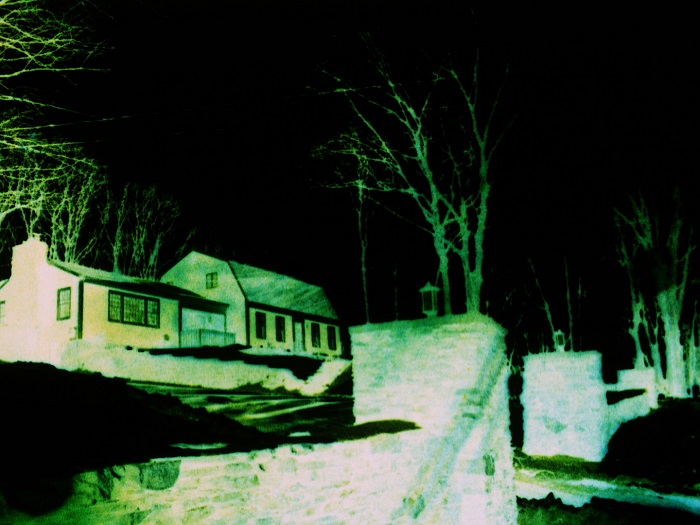 the PhotoPhore: What is your relationship with the cyber reality?
Josh Weissbach: My relationship with the cyber started with my physical heart. Due to a congenital heart defect, a pacemaker was implanted inside my chest almost a decade ago. Leading up to the surgery, I began to consider my life moving towards a binary of pre-pacemaker and post-pacemaker. However, this did not accurately represent what I felt in the aftermath of the procedure. While there was a slight anatomical shift within me, there was a larger identity shift that was taking place and that was defined by privately re-framing myself as a cyborg. 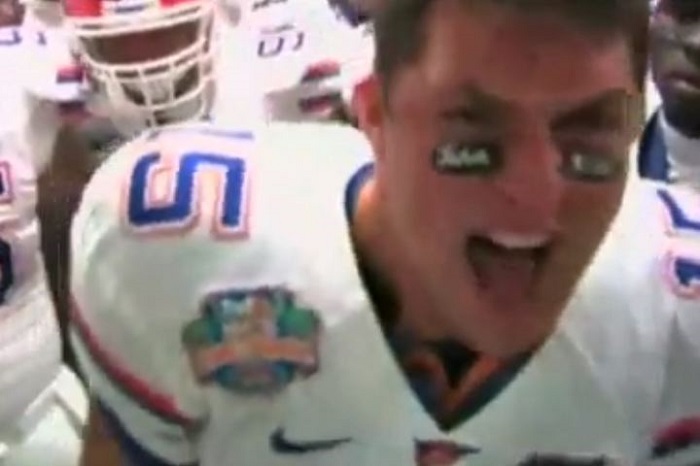 Part of me immediately thought that there was a ridiculousness to this notion, which is reflected in my use and manipulation of The Terminator theme song in my film Model Fifty-One Fifty-Six. But I also like to think that the mid-1980s rendering of the cyborg seen in The Terminator is the science-fiction parallel to the quotidian cyborg that I am in Model Fifty-One Fifty-Six, with both of us being conceived and born in the same historical era. And while I continue to broadly identify with the archetype of the cyborg, I currently frame myself as a digital being living in a reality that is becoming increasingly cyber, whether that manifests itself physically, virtually, or metaphorically. 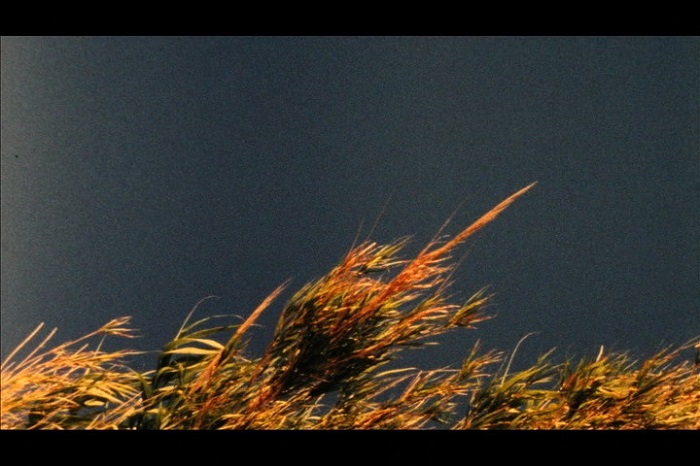 the PhotoPhore: How did you first approach art and the creative world, and why?
Josh Weissbach: The creative world was not something that I was originally drawn to, but due to a series of physical limitations that were prescribed to me as a product of my congenital heart defect, I began to explore others means of expression even though I was most interested in athletics. Because of this, I first looked towards theatre and music. While I enjoyed what these art forms had to offer, they did not provide a sense of lasting instinct or kinship. Potential did not feel real. Simultaneously, I was acquainted with only a small bit of cinema. All I knew of it was connected to the scale provided by the tradition of Hollywood and that appeared to be a closed system rather than an art form that could be accessed or experienced through a means of creative production. When the proliferation of digital cinema tools occurred, which coincided with my disinterest in theater and music, I luckily was exposed and had access to the necessary equipment to explore and experiment with the video medium. 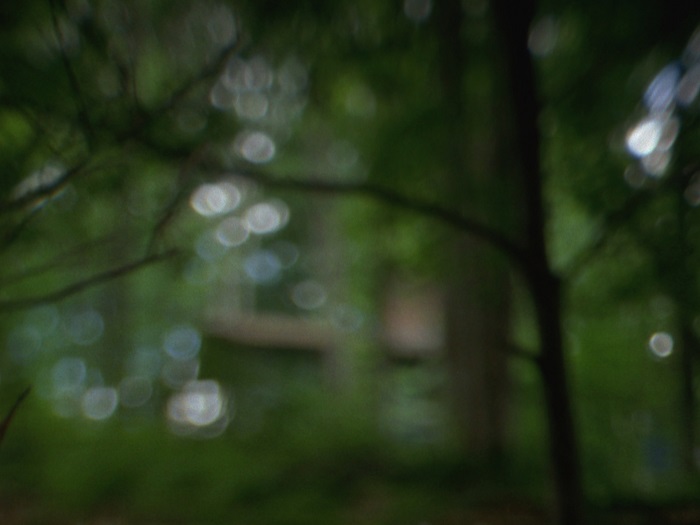 the PhotoPhore: Why is video art your means of expression?
Josh Weissbach: While video art is a subset of cinema that my art practice partially falls under, I primarily consider myself an experimental filmmaker. The distinction I am making here is driven by materiality. The majority of my work originates and is finished on 16mm film. With experimental film, I am attracted to the corporeal nature of the filmstrip and how this opens the emulsion up to the possibility of physical manipulations. Experimental film is connected to objecthood in a way that video art is not. And I like to make, possess, and share film objects. But this objecthood also allows for a tension to exist between the analog and the virtual when images are visually captured within a digital realm and then pulled into the objecthood of experimental film. 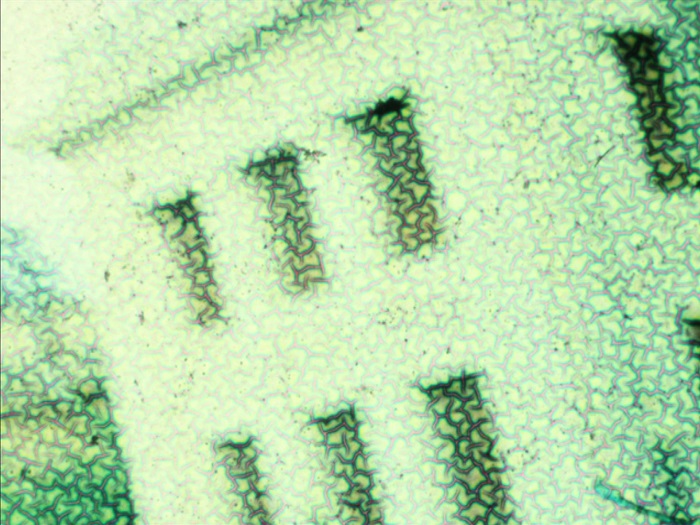 The digital becomes recast as something different from its natural form and thus a new sensation of the cinematic is possibly generated. This is what is being attempted in Model Fifty-One Fifty-Six, as well as my films that use the digital landscapes of Google Earth as a visual counterpoint to natural landscapes. And when these juxtapositions in medium occur, I feel that my art practice successfully inhabits a bent space. But this does not really get to the means of my expression. The manner in which cinema allows me to sculpt time within space and to construct space outside time is what attracts me to the form of it and is ultimately why I utilize it as the means of expressing myself. 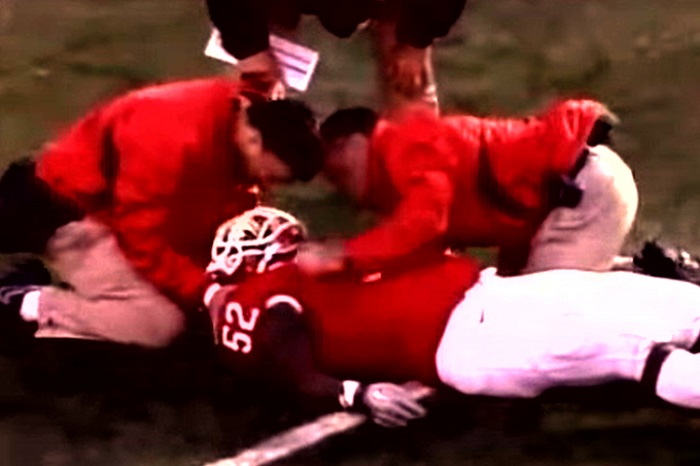 the PhotoPhore: What are the main themes of your work?
Josh Weissbach: My cinematic practice began with a photographic interest in domestic space and quickly became about a subject’s personal relationship to the intimately-charged built form and how that is impacted by gestures of un-building due to familial trauma. This is reflected in the manner in which primary sources are vaguely rendered and images are abstracted by processes of visual artifacting throughout my films. 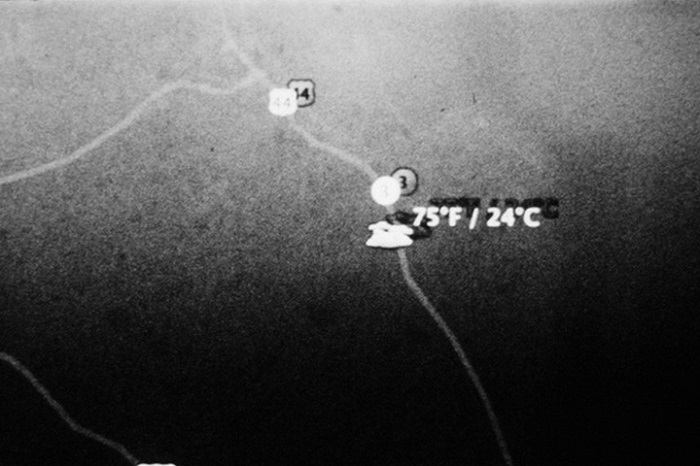 the PhotoPhore: Tell us about your future projects.
Josh Weissbach: My future will contain bad noises, stillness, a dead dear, and the coming of a rainbow. 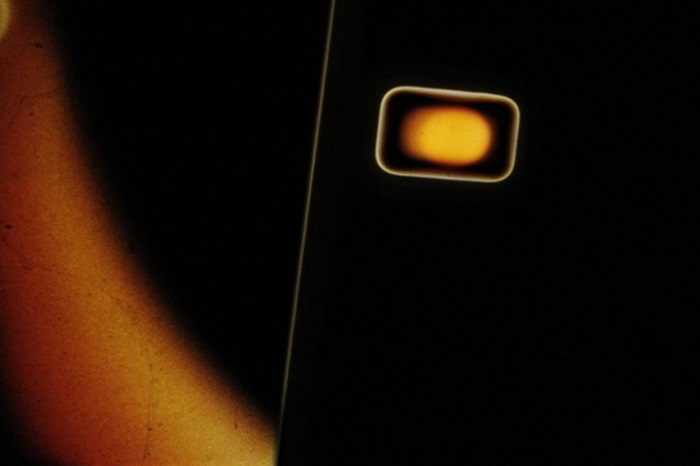 Josh Weissbach is an experimental filmmaker. He lives in a house next to an abandoned village with his wife, two daughters, and three cats. His films and videos have been shown worldwide in such venues as Ann Arbor Film Festival, Mono No Aware, Chicago Underground Film Festival, 25 FPS Festival, and Alchemy Film and Moving Image Festival. He has won jury prizes at Videoex, ICDOCS, $100 Film Festival, Onion City Experimental Film and Video Festival, and Haverhill Experimental Film Festival. He is the recipient of the 2008 Cary Grant Film Award and a 2017 Professional Development Grant from the Princess Grace Foundation-USA, a 2013 Mary L. Nohl Fellowship for Emerging Artists from the Greater Milwaukee Foundation, and a 2015 LEF Fellowship from the Robert Flaherty Film Seminar. 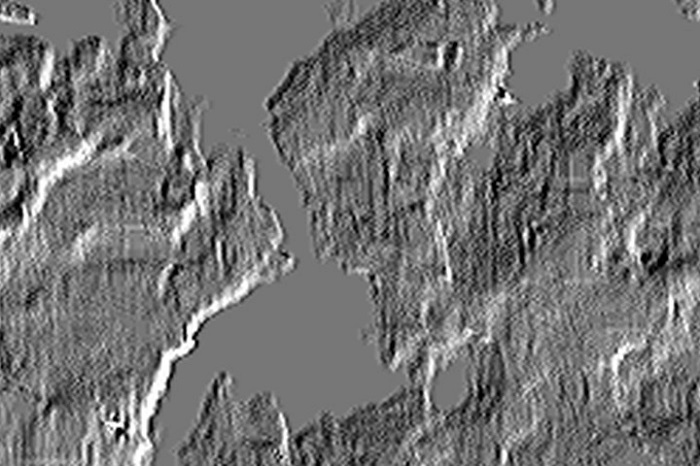