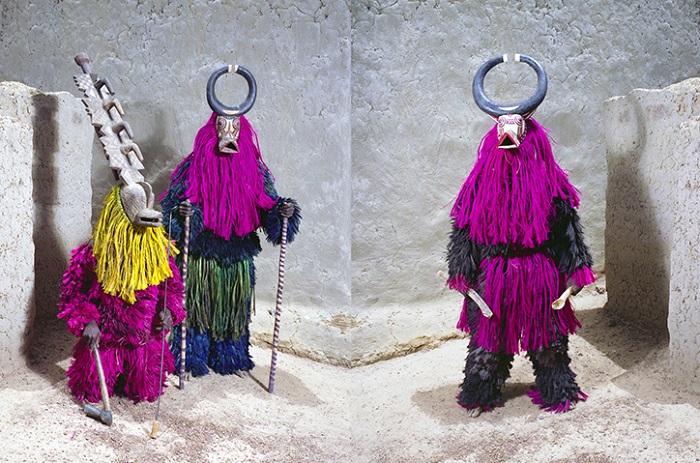 Jean-Claude Moschetti was born in France but his work as an independent press photographer allowed him to travel extensively and sparked his interest in Africa. He now lives and works between France and West Africa. During his extensive travels around the continent, Moschetti came into to contact with many traditional, and some very secret, African voodoo and magic societies. 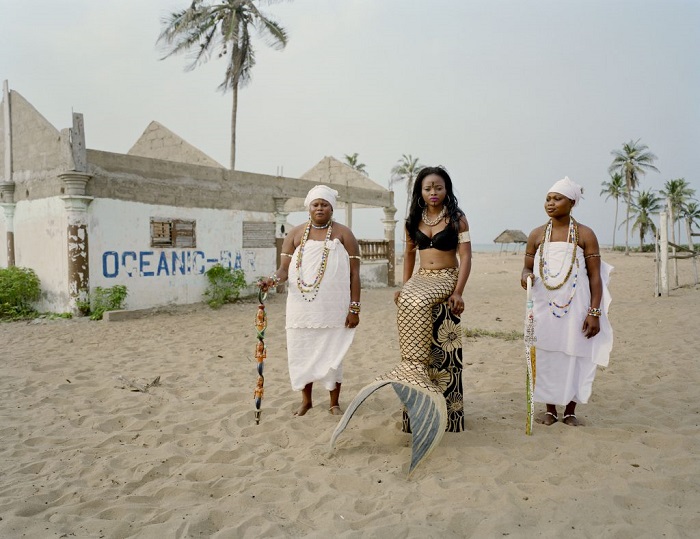 The African continent is steeped in a rich and complex history of mysticism and in many traditional societies magic is accepted as an integral part of life. But unlike the Western interpretation of magic as a series of smoke and mirrors, magic in the African sense is part of the physical realm, a physical reality that manifests during rituals often through the wearing of masks.

By donning a mask the wearer straddles the both the physical and mystical realm, and becomes a conduit between the living world and the supernatural world of the dead, the ancestors and other mysterious entities. As a Vodun initiate of the Egungun cult in Benin, Moschetti has a unique insight into this world of shadows. 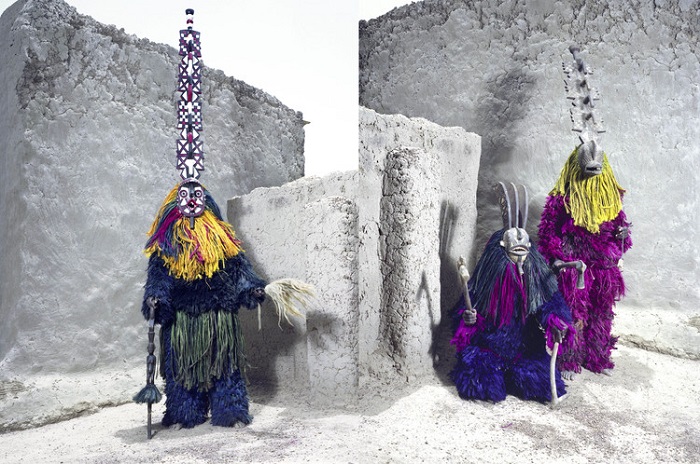 “The artist wants to introduce this mystery and immateriality in his photographic compositions. Triptychs and diptychs allow him to deconstruct the space and to build it again in a new way, more poetic and odd. The mask, the character, takes place within this space, opening up a crossing from one world to the other, from the spirit world to earth. More generally the artist questions the reality we see, and wishes to inspire the doubt in our minds; things are not always what we believe we see”. 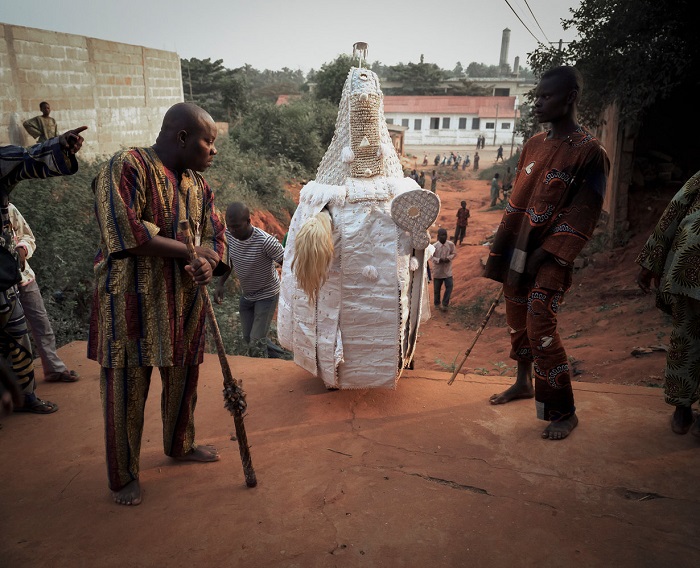 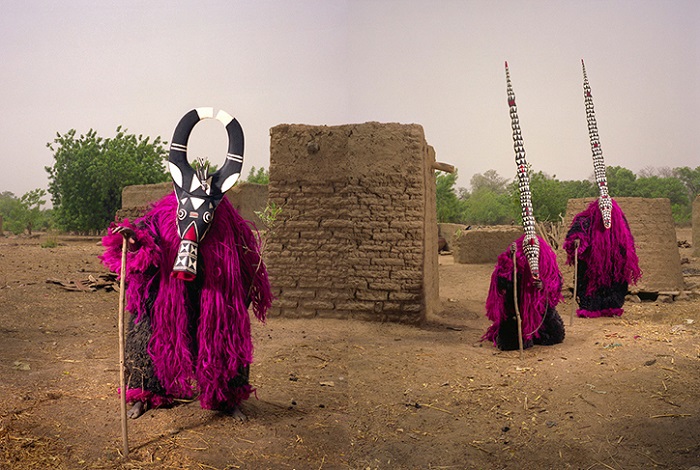