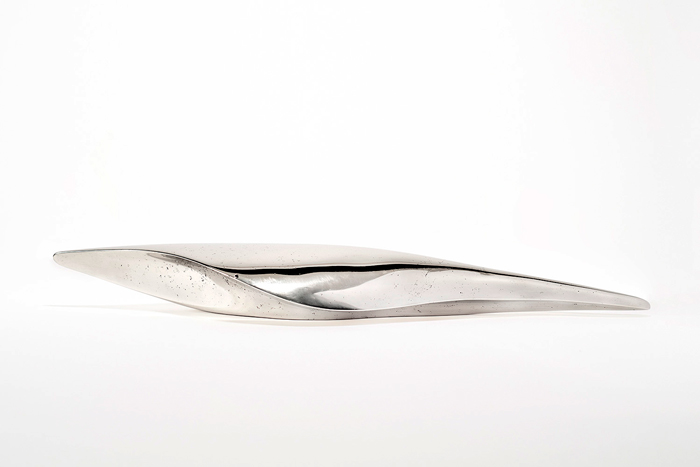 The title of the exhibition, “Halos of Light in Dark Matter” is inspired by the phenomenon of dark matter halos of light in the depths of the Universe. The artists want to recreate the atmosphere of Dark Matter from the space abyss where the only irradiating light is that of the sculptures, fragments of stars that dance in the perennial orbits of distant galaxies.

The exhibition preparation is essential but at the same time audacious and fully translates the sense of an intergalactic space. Visitors are invited to follow the predetermined path that leads them through the different exhibition halls. Each of these presents a work in the center of the space, where users revolve around the sculpture as the planets do around their own sun, creating for each environment small galaxies made of matter and people.

The void is the other element that distinguishes the exhibition space, in particular the one that marks the distance between the sculptures and the walls of the exhibition rooms, similar to the spatial void of Dark Matter. 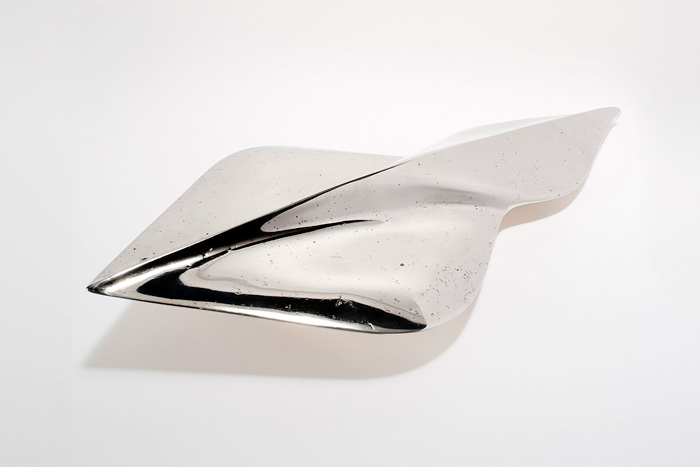 Between a twinkle and the other, the mysteries of the Universe are unveiled: the birth of life, space and time, the speed of light and other cosmic phenomena.

Another peculiarity of the exhibition is characterized by the background music, it is the sound arrangement created with space audio recordings, collected on various spacecraft and mixed with sounds produced by the artists in the recording studio. The sound becomes a fundamental component to immerse the observer in an extrasensory dimension, the culmination of this experience is reached with the “Blue Large-Amplitude Pulsator Star” Audio-Visual sculptural installation, where sculpture, sound, light and sensorial experience are mixed in total darkness. 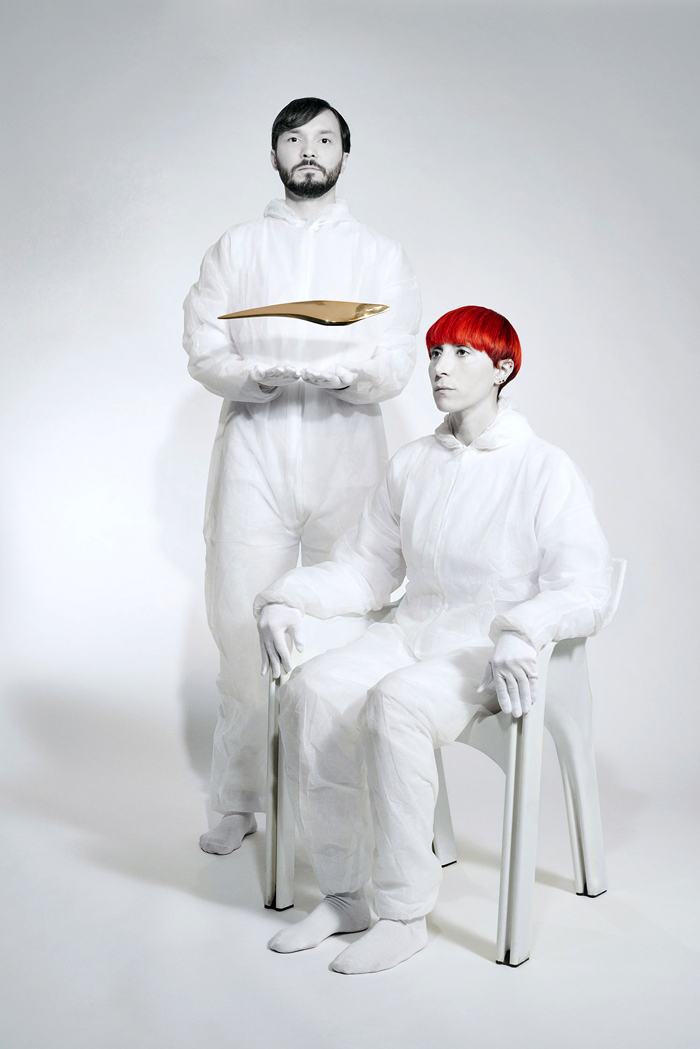 Cascione & Lusciov are an artistic duo of multidisciplinary designers who author their fine pieces by utilizing diverse techniques belonging to the worlds of sculpture, design and the craft of goldsmithing. The two artists  base all of their work on scientific concepts and believe in the evolution and rapid technological advancement with the help of arts, science and technology.

Silvia Cascione was born in Milan, Italy, during the year of 1979. She received a BA in Sculpture from Brera Academy of Fine Arts in 2004, after which she studied Fashion Design at Politecnico di Milano and worked as a fashion designer for famous Italian brands. Silvia also trained in goldsmith’s art and wax modeling and from 2013 she founded MODWAX Design & Crafts, Milan. On the other hand, Roman Lusciov was born in 1983 and is from Vilnius, Lithuania. He studied at the Vilnius Academy of Arts, Lithuania, before he relocated himself to Milan where Roman graduated from the European Institute of  Design in 2006. For the last decade Roman has successfuly worked in the field of Architecture, Industrial and Interior Design, taking part in various international projects: hotels, stores, yachts, private residences, furniture and products.

Cascione and Lusciov lives and works in Milan, Italy and Vilnius, Lithuania.