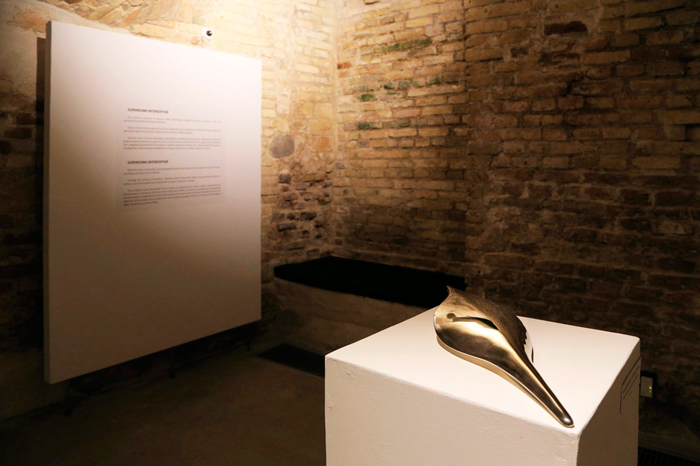 The powerful exhibition “Intergalactic Space“, at GRAFO Gallery, Vilnius, Lithuania, that showed the works of the artists Cascione & Lusciov, just ends with a strong success.

The works exhibited are inspired by some of the most powerful phenomenons that occur in the Universe, from its birth to nowadays. 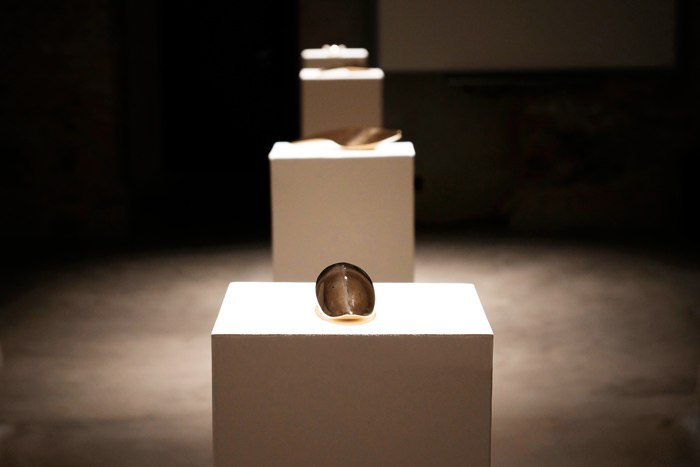 The artwork “Supernova“, for example, is a celebration of the mother of all the stars.

According to the words of the great Italian astrophysicist Margherita Hack, that inspired the artists duo: “All the matter we are made of was built by the stars, all the elements from hydrogen to uranium have been made in nuclear reactions that occur in supernovae, that is those stars, much bigger than the Sun, which at the end of their existence explode and scatter into space the result of all the nuclear reactions occurred in them. So we are truly children of the stars”.

Cascione & Lusciov took this concept and explained, in their work, how the supernova explosion gave origin to future generations of stars and galaxies, the spark at the base of life itself. 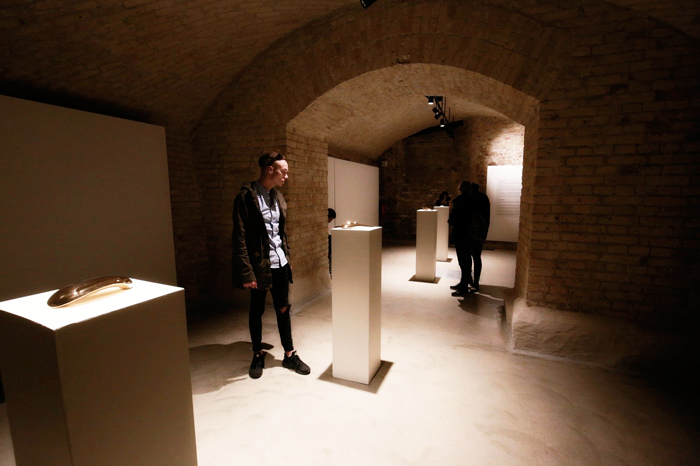 Cascione & Lusciov, Into the Light series, 2016 | Photo by Vytas Nomadas

With the work “Supersonic Interceptor“, the artists wanted to capture the essence of the supersonic speed concept, resulting in aerodynamic sculpture.

The sculptors have transposed the principles of aerodynamics in the artwork, maintaining the frontal area at a minimum thickness that could meet as little air friction as possible and consequently, the tail section is widened into a form that counters the shock waves and helps to stabilize the volume, while the tail develops into a convex form that recalls the progress of the sound waves of the Doppler effect caused by supersonic flight. 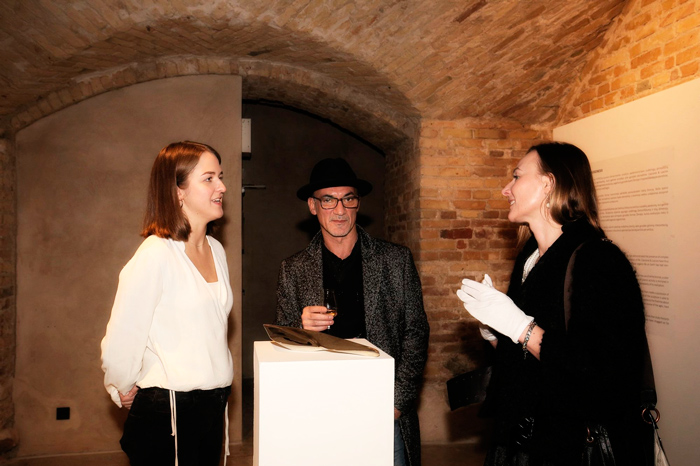 The work “Abiogenesis” is inspired to the study of the comet 67P/Churyumov-Gerasimenko, that demonstrated the presence of complex primordial ingredients that may have contributed to the creation of life.

The origin of primordial life forms is expressed by the artists through the use of white bronze, a color that symbolises the principle of the vital phase, while the uniqueness of cosmic activity is mirrored in the same uniqueness of the work as a bespoke piece, through the great complexity of its realisation. 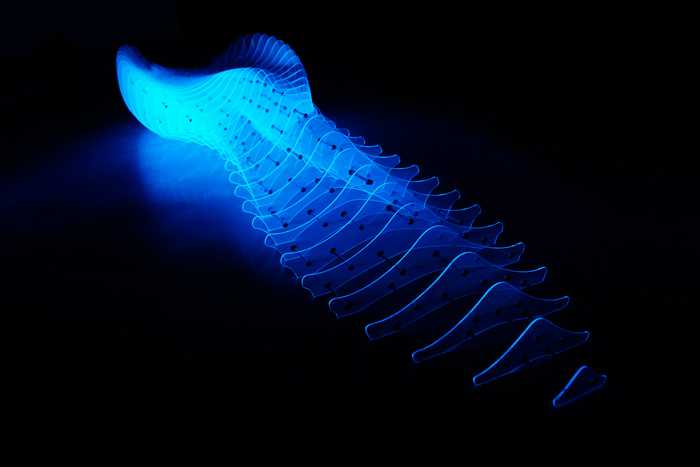 Cascione & Lusciov have thus come to the knowledge of “Abiogenesis“, that is, the study of how organic life on Earth has had non-biological origins, and hypothetically, in other places in the universe. The artists wanted to make a plastic interpretation of scientific theories that study the birth of life, creating works that seek to answer the questions that these theories have dragged on for centuries. 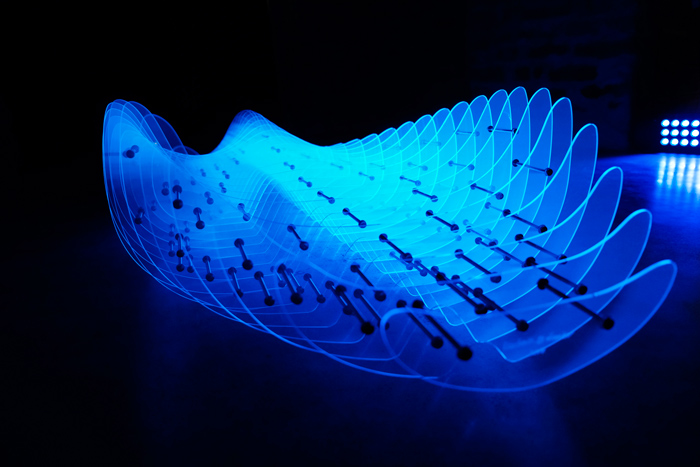 A great “intergalactic” exhibition, that re-interpretate, with strong elements and scientific-inspired poetry, the events that are still around us, at all the scale dimensions, highlighting the hidden connection among all the Universe’s elements.

And we, as human beings, can absolutely discover them, and bring them to the “Art Light“.

In an deep and beautiful artistic way. 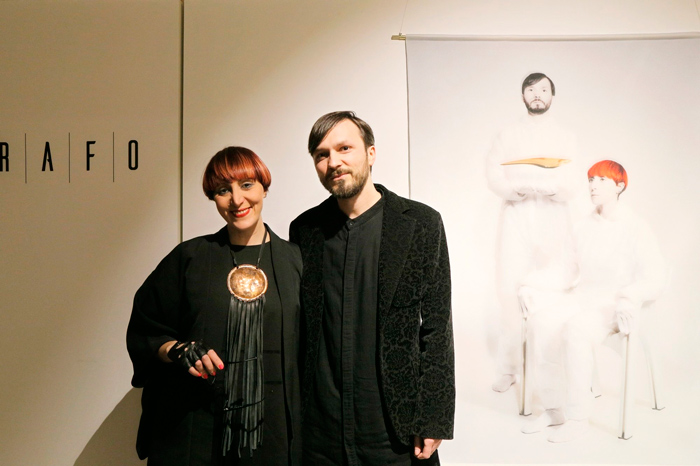 The artists | Photo by Vytas Nomadas