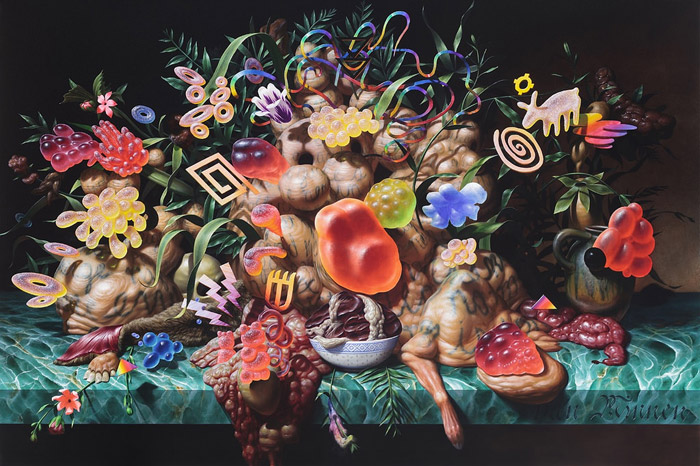 With his characteristic virtuoso, Old Master’s approach toward painting paired with his signature Surrealist distortions, Christian Rex van Minnen cultivates the intensely curious territory between the 17th C Dutch Golden Age as it meets the contemporary world – both with an expression of excess and the appropriation of all that is exotic. 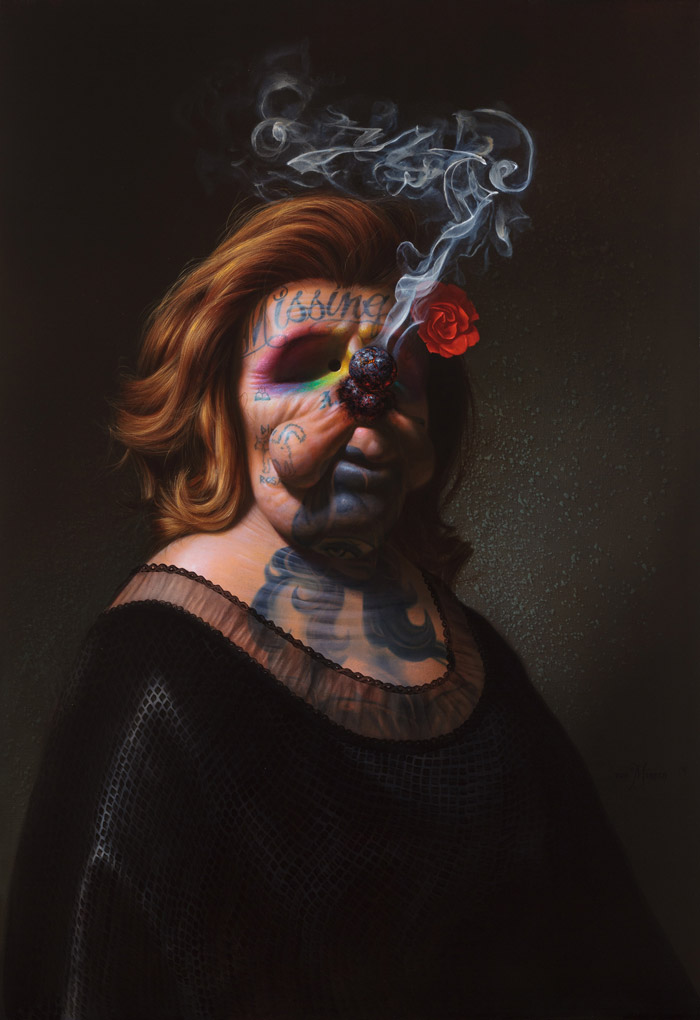 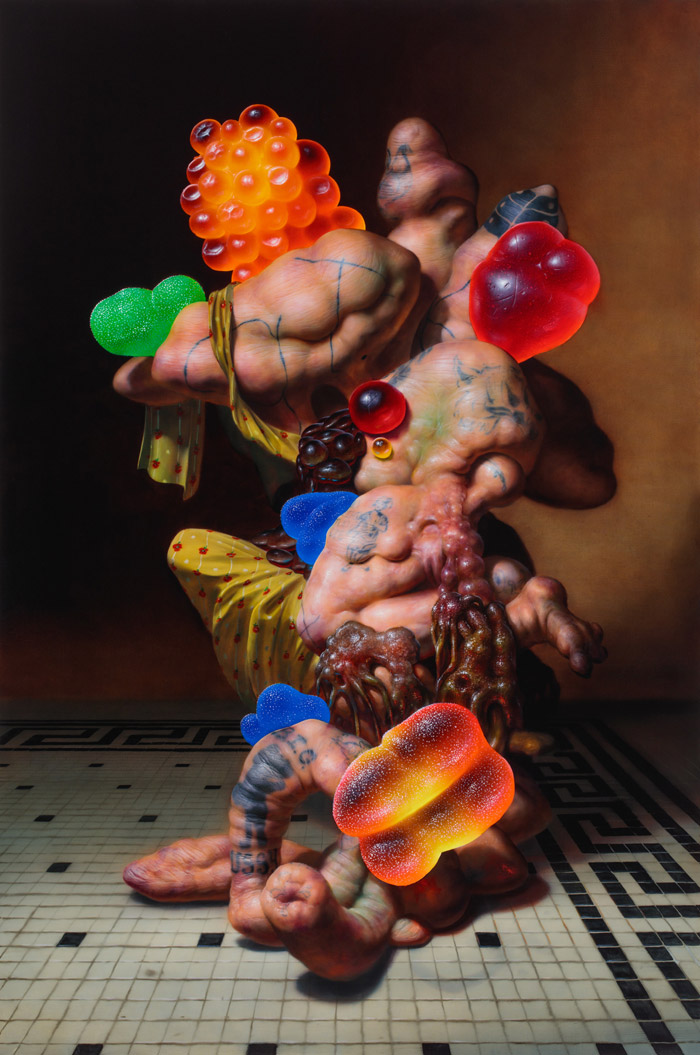 “I love the aesthetic of interference and dissonance. In my work, tattoos, are a good example of that and have become an effective approach toward exploring three potential ways in which to read illusion; as the tattoo itself, the object itself and the relationship between the two. 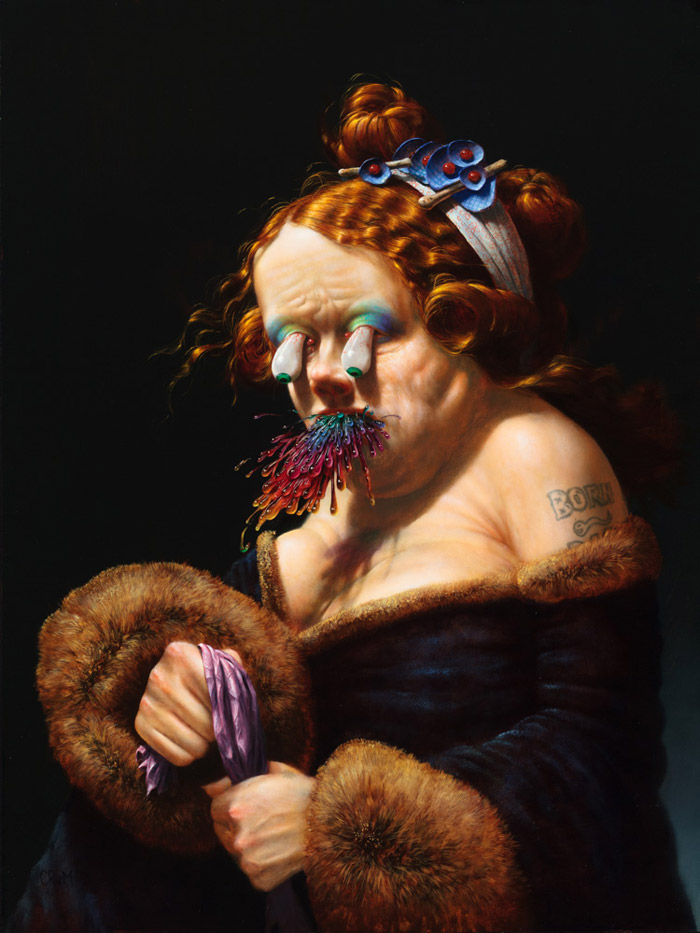 On a conceptual level, I am really interested in this space of confusion – and the inherent difficulty to really embrace a plurality of truth.” 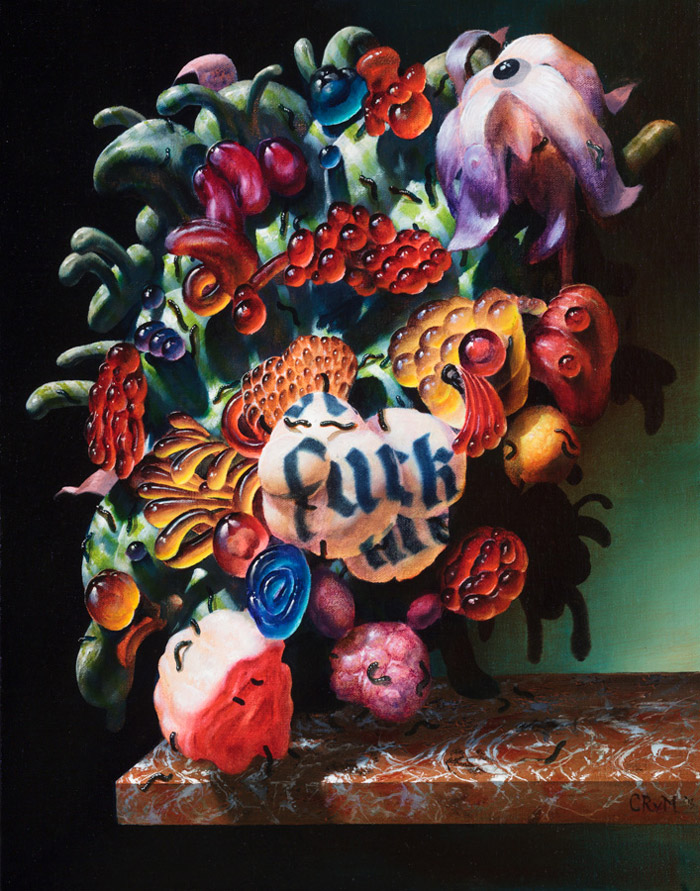 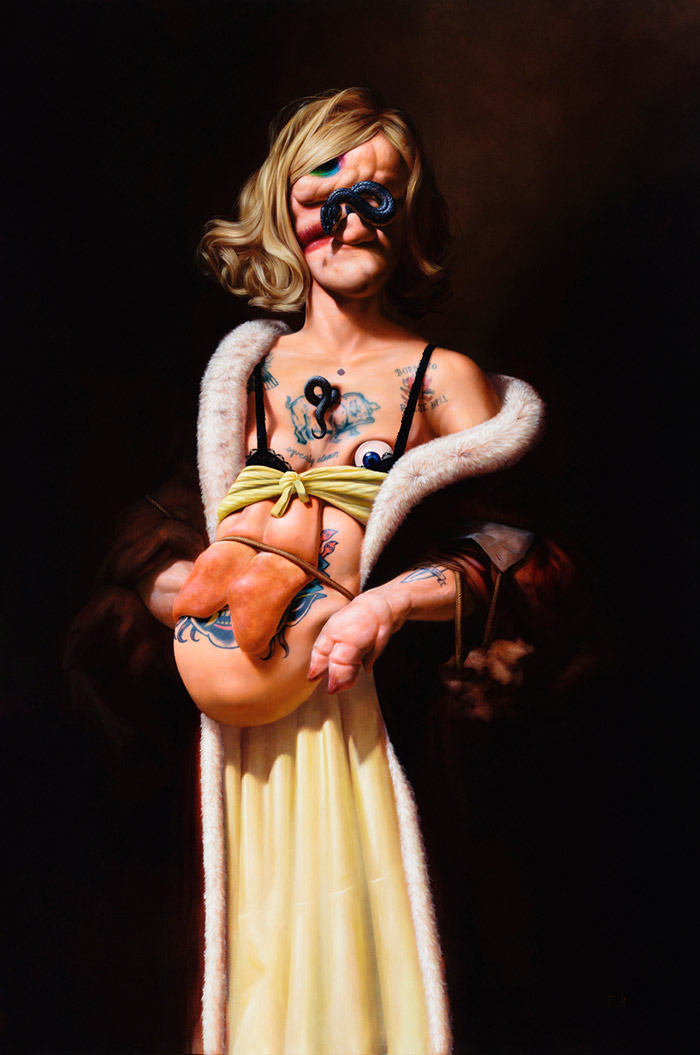 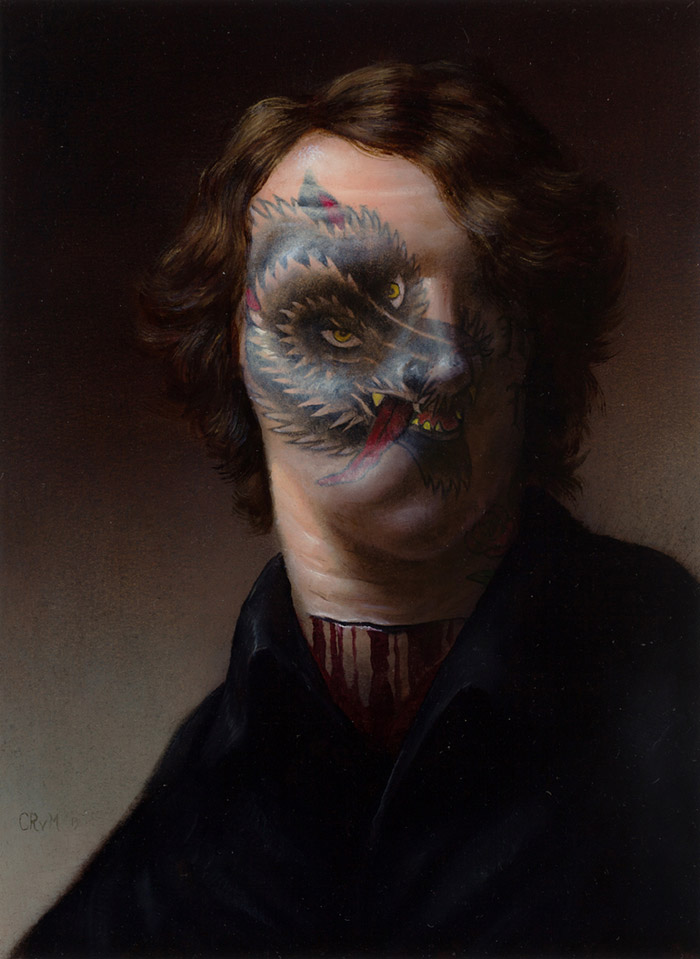